I bought on Musikmesse gaita gallega. It is heaven compared to typical Scottish bagpipes that I had first one about the year 2003. 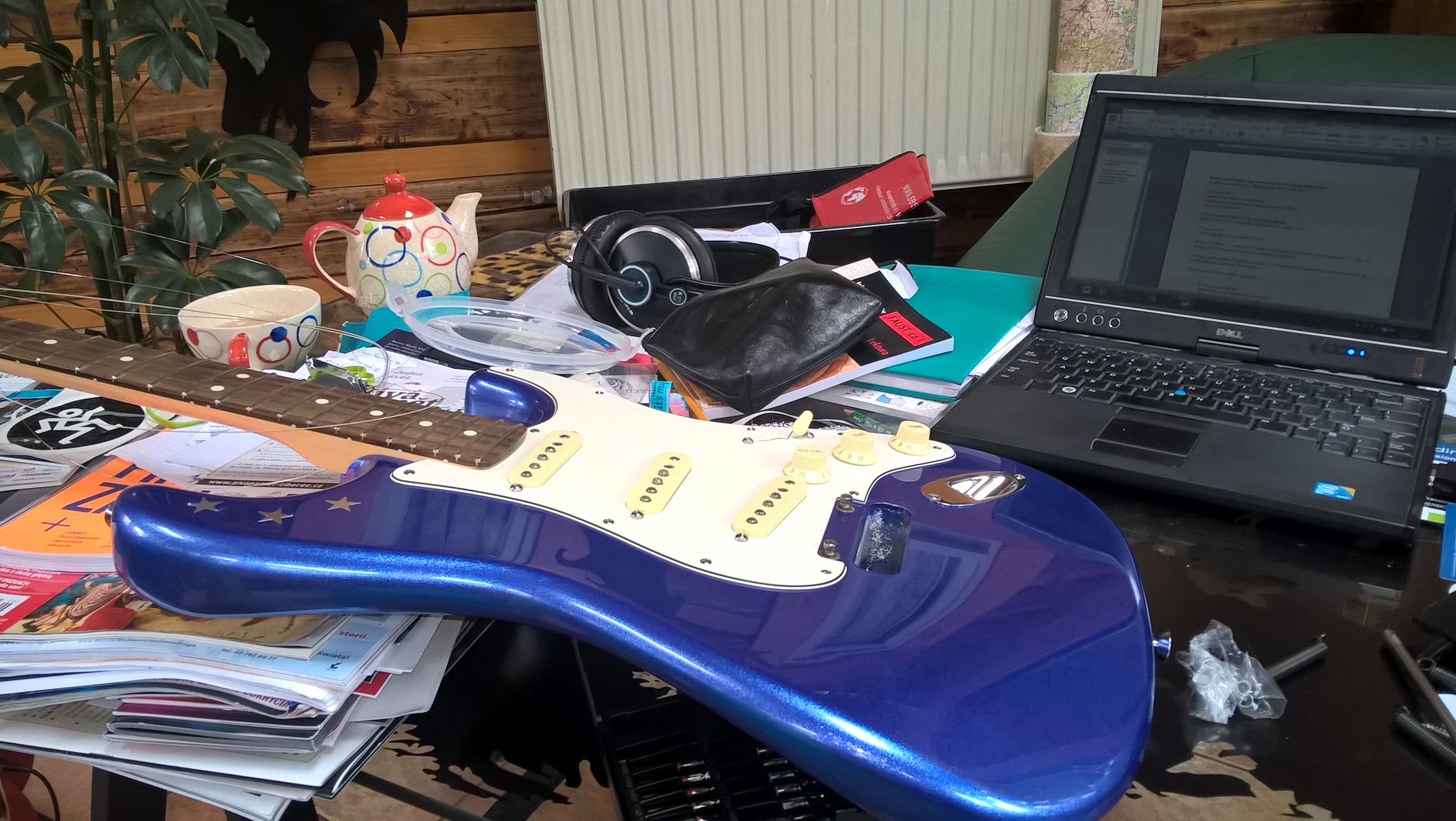 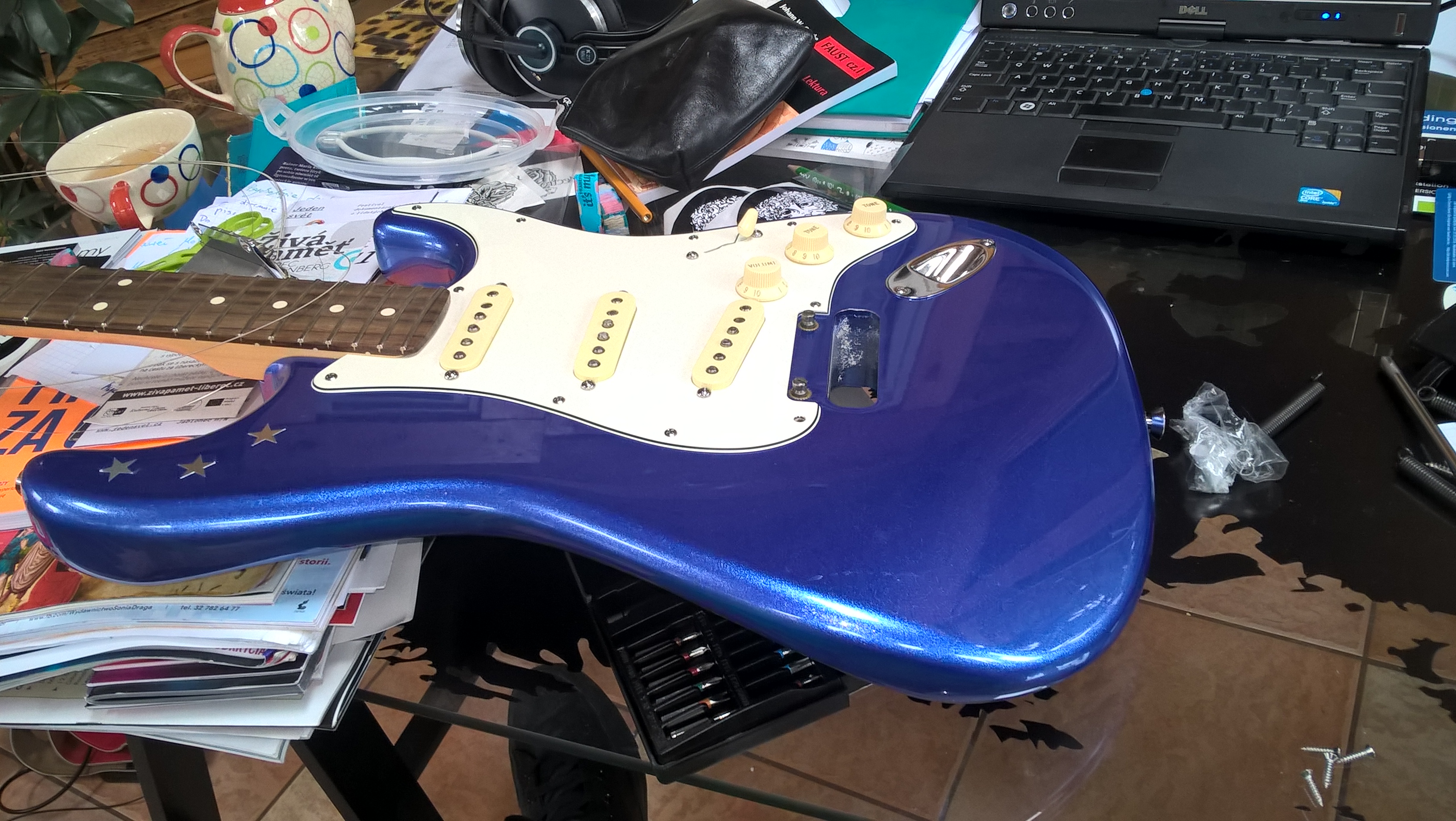 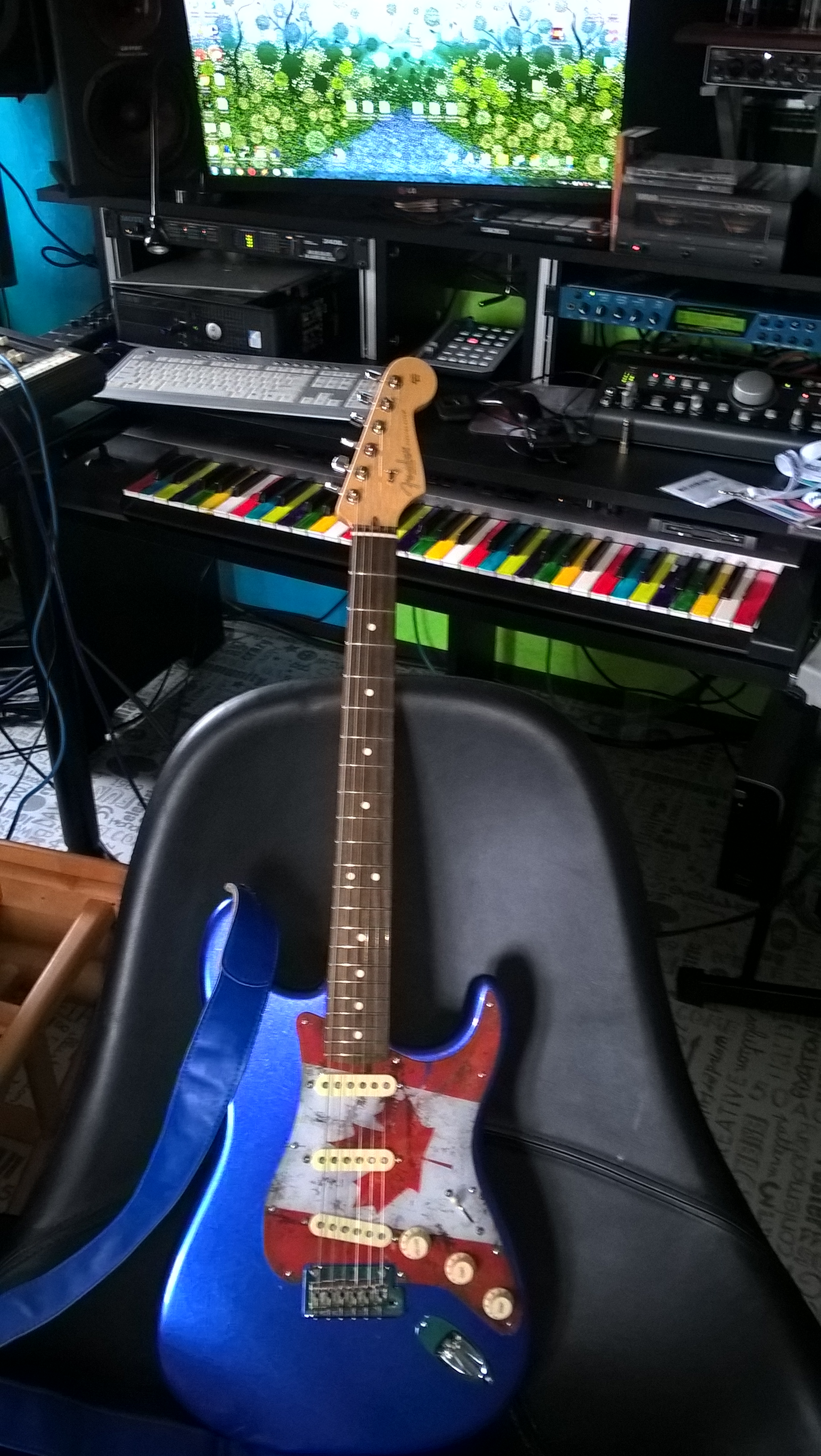 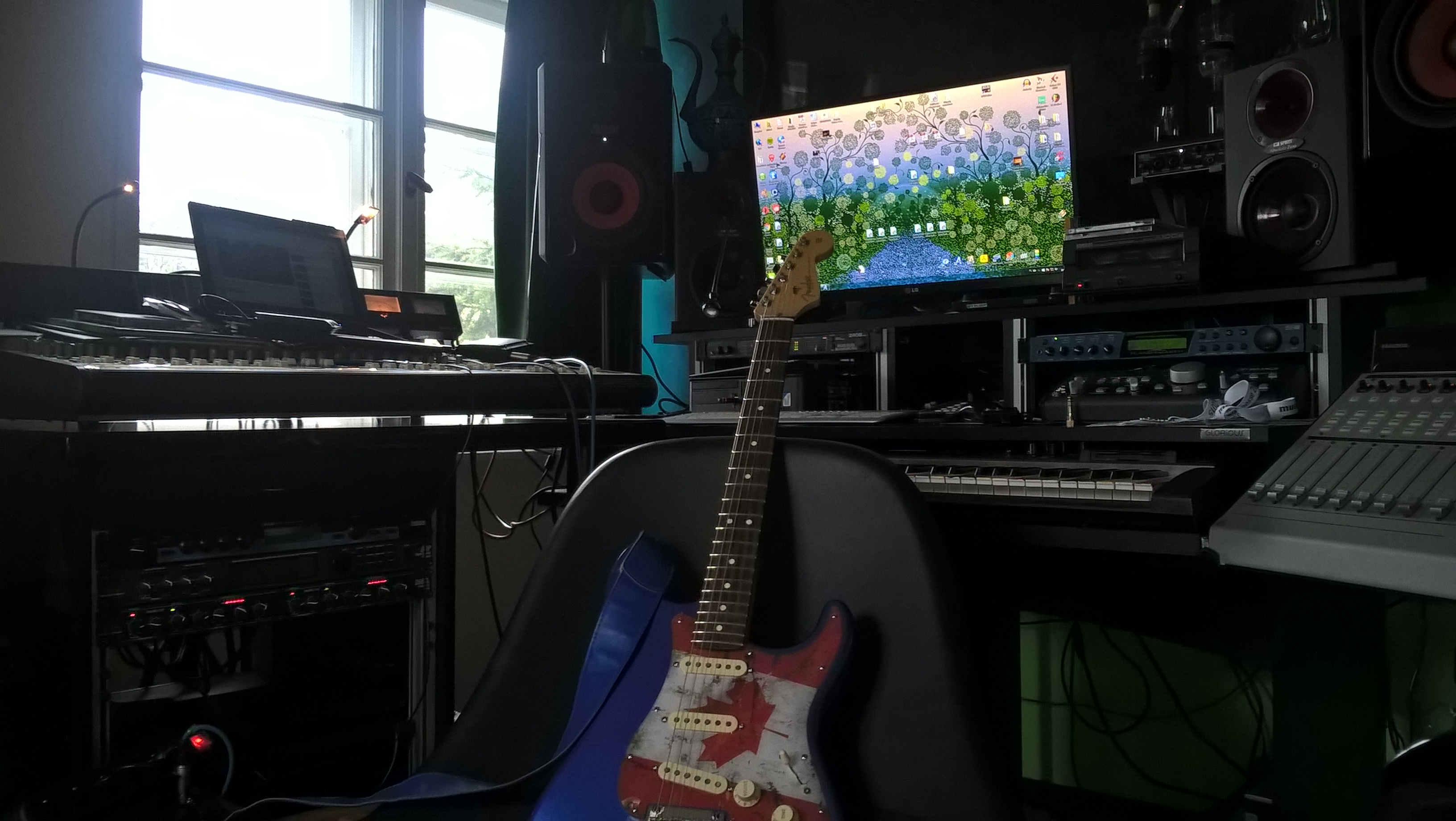 I have sent my Lexicon MPX500 to service in Łomianki to replace multi-functional knob. It has cost me something like 150 zł with shipment.

For coming winter 2018-2019 I have a plan to refurbish my Roland RS-70 synthesizer I destroyed in the influx of cultural shock and anger and outflow of my creativity and motivation and I decided to become ethnic composer not for real reasons like when I bought my first E-MU Planet Earth sound module in the summer 2003, I started to learn to play bagpipes etc. 😀 then! About 2003 my dream was to move to the middle of some poor Arabic country to run own recording studio and use only Arabic rhythm patterns, vocalizations etc. etc. It was just my dream. After being inspired during my first travel to Turkey. 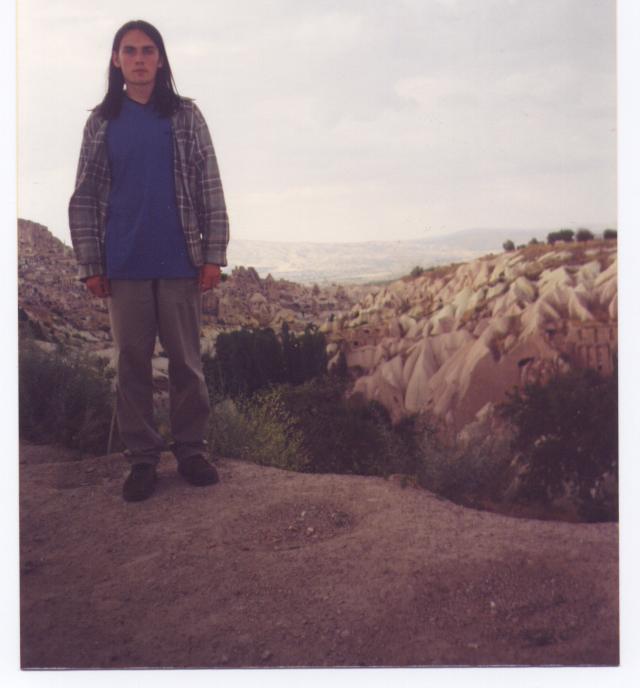 But this time in 2015 I just felt some resistance. That some shit repeats in my life when I did so much before to avoid it happen again. Being inspired, feeling aesthetically pure and free is not easy. And feeling fucked up and destroyed always have consequences on our general flow of inspiration and ideas. Musical ideas are most volatile, vaporative, and fragile. Are the true dust and ashes of what we can sense only on the level of our sometimes subliminal sensations, just on the edge of whether we sense something at all or not! For me simply it was an experience of a cultural disgust. And I found Maya maybe not in similar state of mind but relatively similar depressed mood. However her musical taste was of a bit different kind and we did not find enough something to continue this musical relationship. I am not sure finally why. But feel comfortable with it. I am a very lazy person anyway. And my relationships no matter inspiring or not need to be limited. I need time for myself. For my repairs, search to satisfy my needs from aesthetics through temporary exhaust of own passions to social needs that I satisfy most easily. I understand other people sometimes effortlessly, on the fly, but often I am not reflected same way by them. I know I know everything. Why etc. But it is not the point. I am just burnt out due to human nature. Due to business nature of human beings that destroy a great potential of art. Because I did not see in my life ever so massive rape of aesthetics ideas, principles etc. accelerated like something like after 2010 etc. etc. 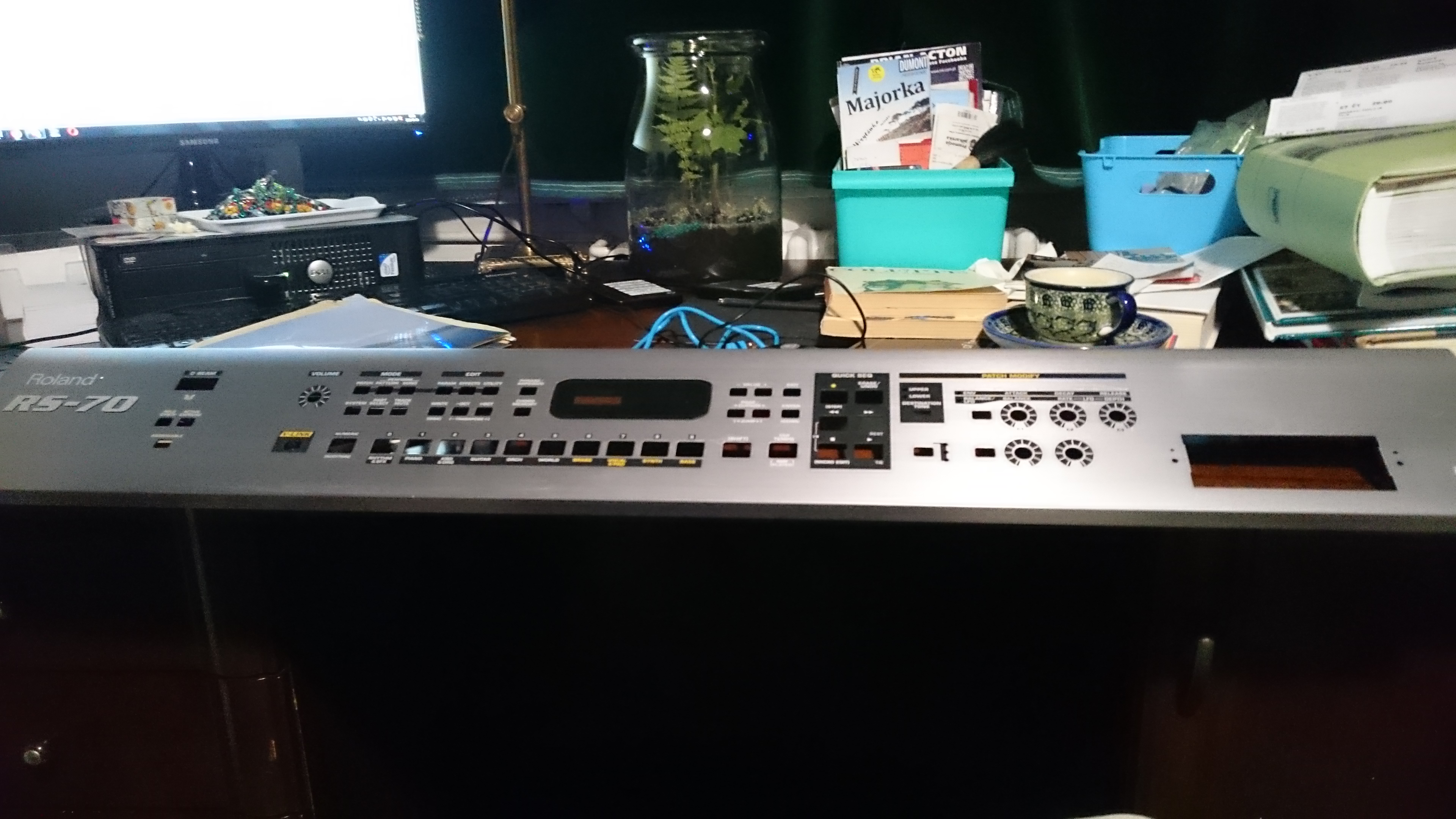 On RS-70 I created about 50 compositions.

Korg Kronos that I discovered on Musikmesse 2011 and finally could afford about 2013 or 2014 and impressed me during demo show in Frankfurt, in the opposite in Poland is perceived as a tool of disco polo bands. This is stupid. But amateurs see this really impressive innovative instrument as something to undervalue immediately because they see it used most often played by disco polo musicians. The truth is that only disco polo musicians have enough cash flow to afford an instrument from that shelf. Because they earn like no one. Like rock musicians may only dream about.I mean in Poland. That culturally is disco polo. And I have nothing more to say about it. And even when someone just play during weddings can also settle well financially and reach this range and make it available for them however many of them can play multiple covers but it does not mean immediately they are musically creative and musically talented. About some new features of gear like Korg Kronos. Even in 2018 I still hate touch screens etc. But I am more used to them than eg. in 2014 that to operate Sony Xperia Z3 Compact mobile phone was something a bit hypnotizing me destructively… But. I destroyed about 5 or more mobile phone Xperia Z3 and still buy even used ones but of the same model that I got used to. I changed only the preference for really nice green colored ones. The same is with musical instrument. I had to get used to touch screen. Sound modules are extremely developed to the range I never experienced this way before. But Korg Kronos isn’t cool like eg. Roland Jupiter-8.

You cannot „launch” Fireflies on Kronos the cool way it would be when you start from gear with colored buttons etc.

Color has a great importance in creative imagination in general. It does not matter musical or visual.

I improved solders of USB B socket on PCB of Mackie MCU because it was completely loosen. From the day of my purchase in Los Angeles I realized that something is wrong with this connector. Yesterday I unscrewsed all bolts (8 from bottom and 2x 6 bolts on left and right side) and removed back heavy metal cover. And realized that solders of that connector did not look like made in factory. There were too many traces of excessive resin, tin plated tracks and holes looked as if missing originally copper layer. So refurbishment of what I came across was not easy and a bit demotivating but I did not have too much choice. Such an expensive device has to be repaired sometimes no matter how much demanding process it is. Whether requires your knowledge, creativity or patience you have to challenge this from the moment you unscrew first bolt, to the last solder. 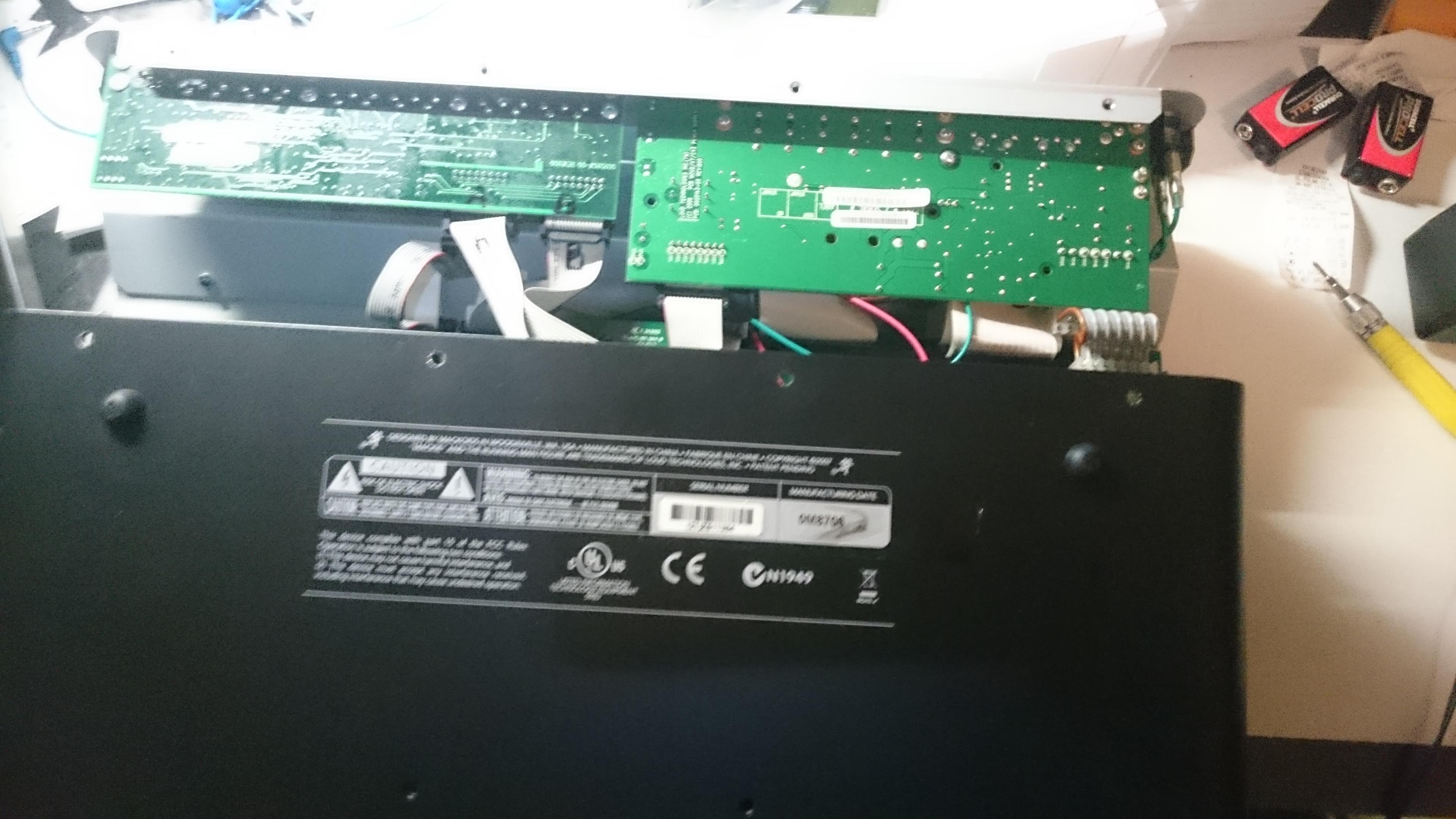 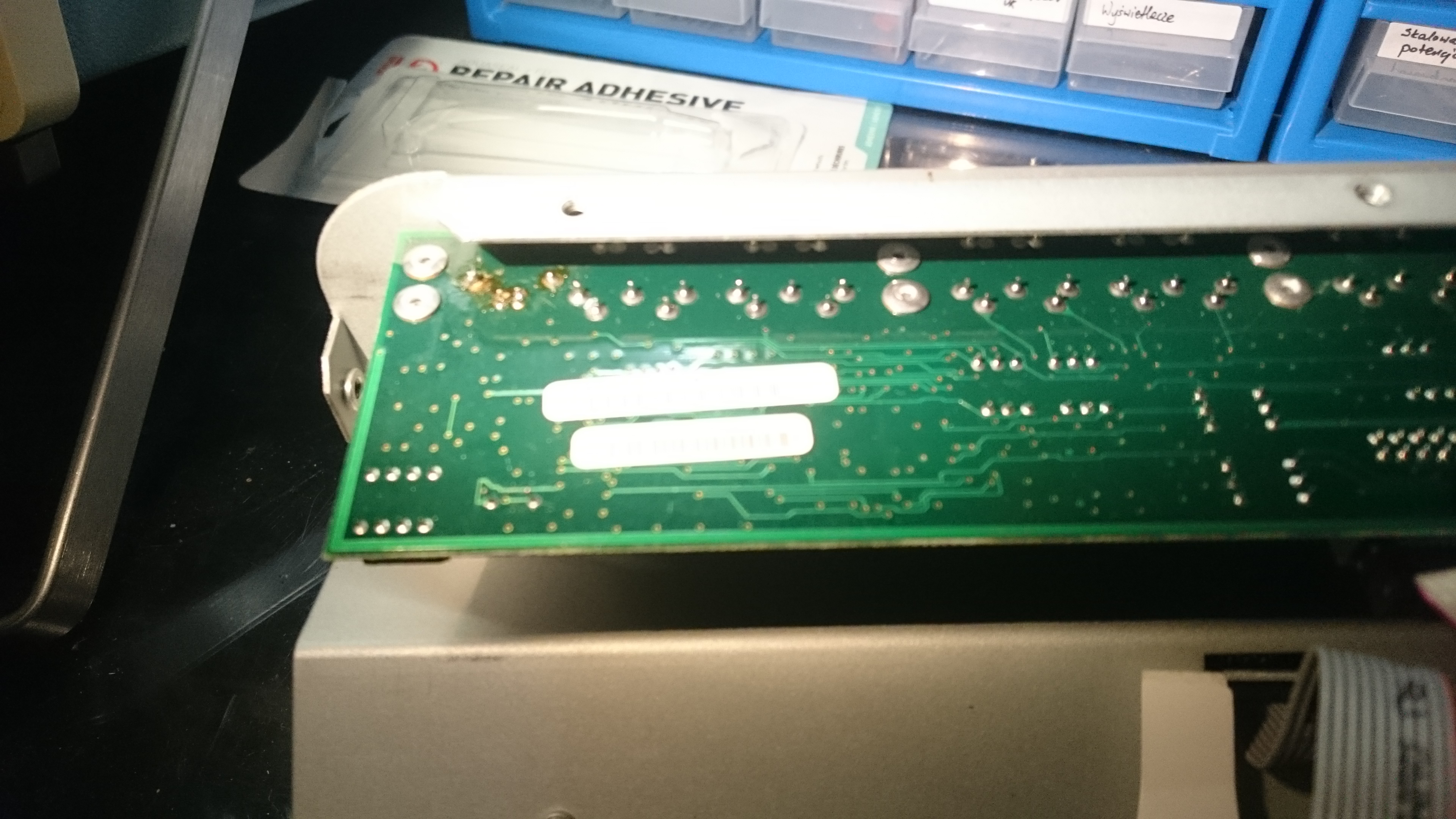 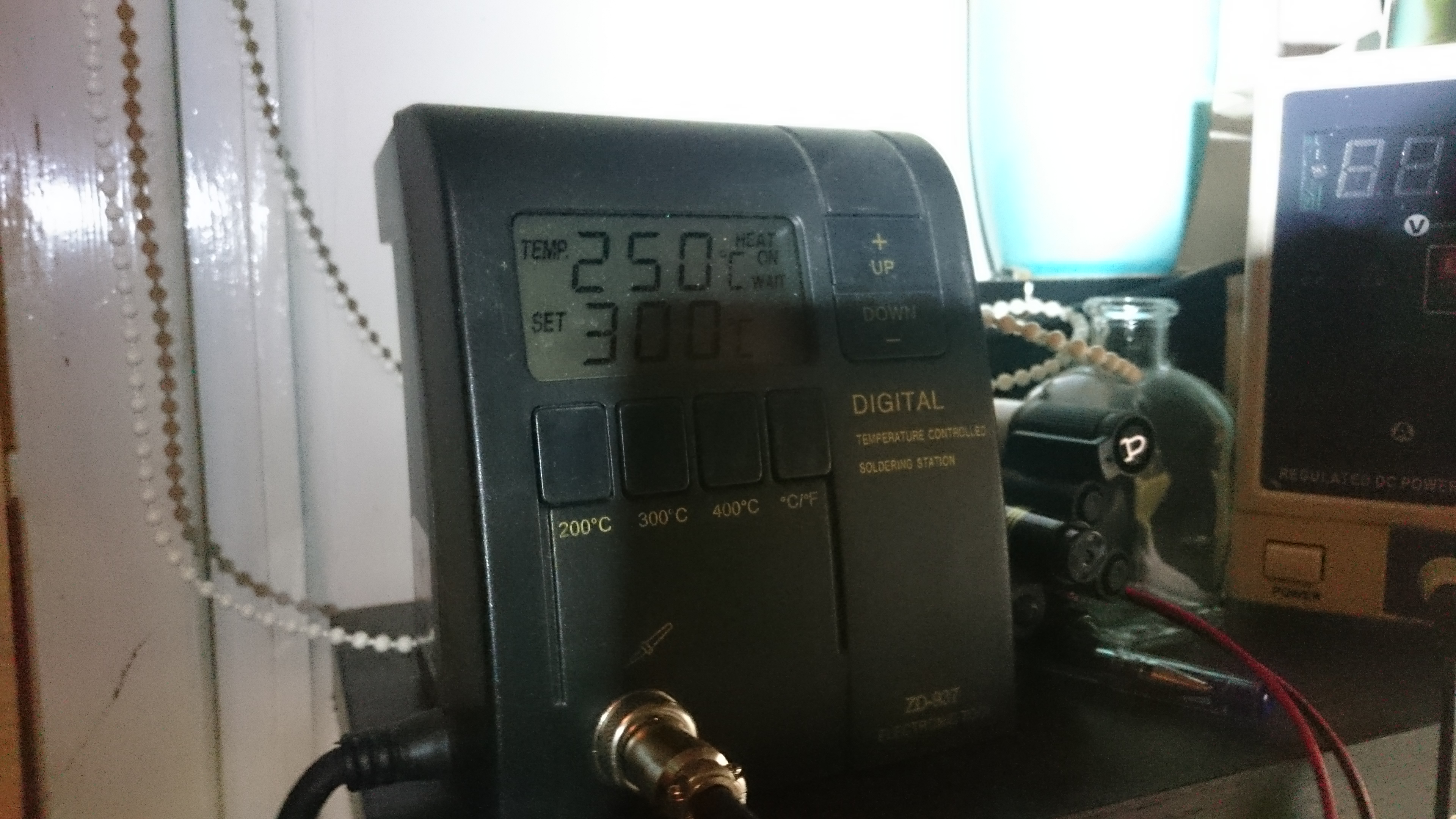 Having so much of electronic gear you need to have many spare parts like in regular electronics service. 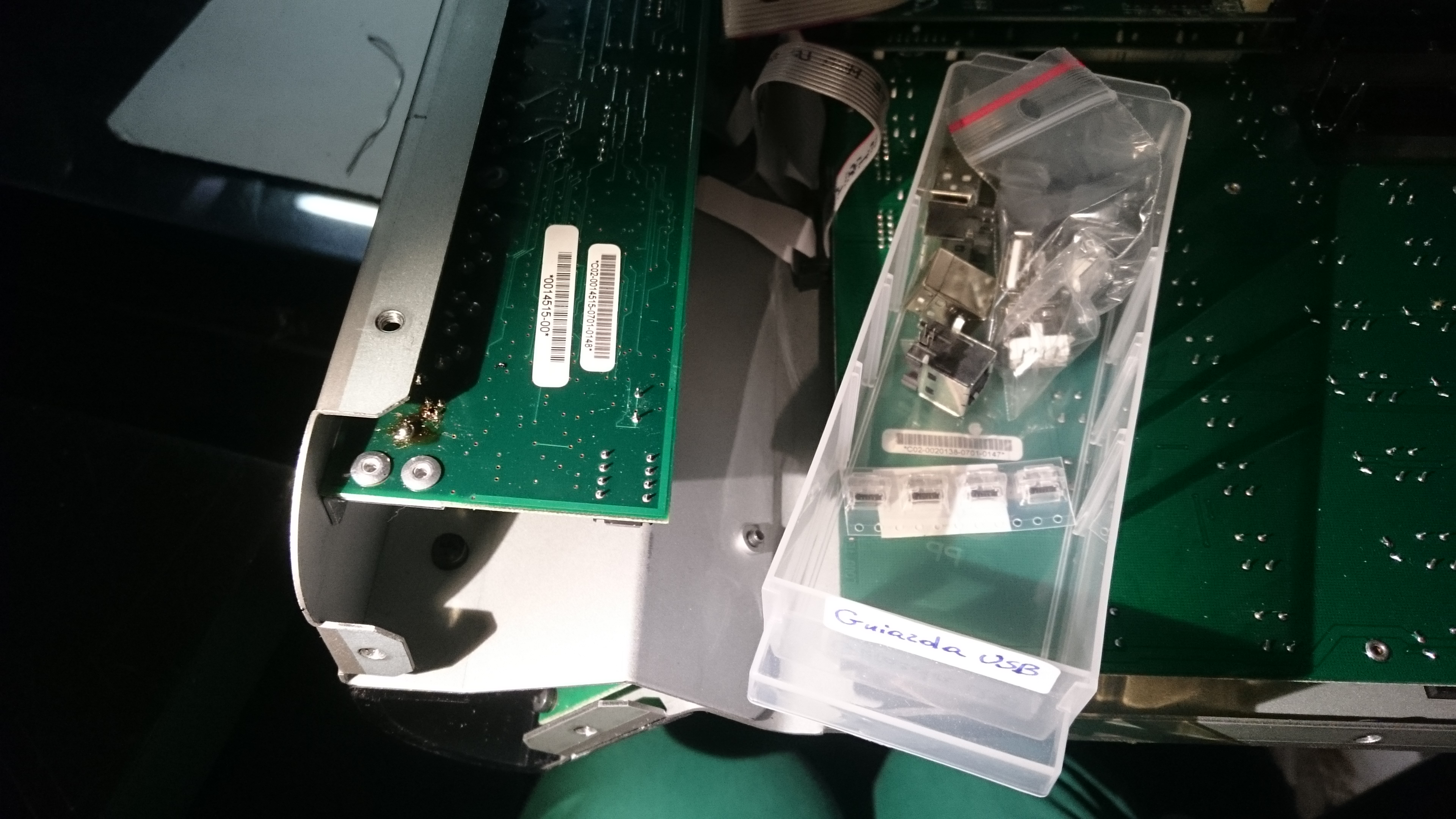 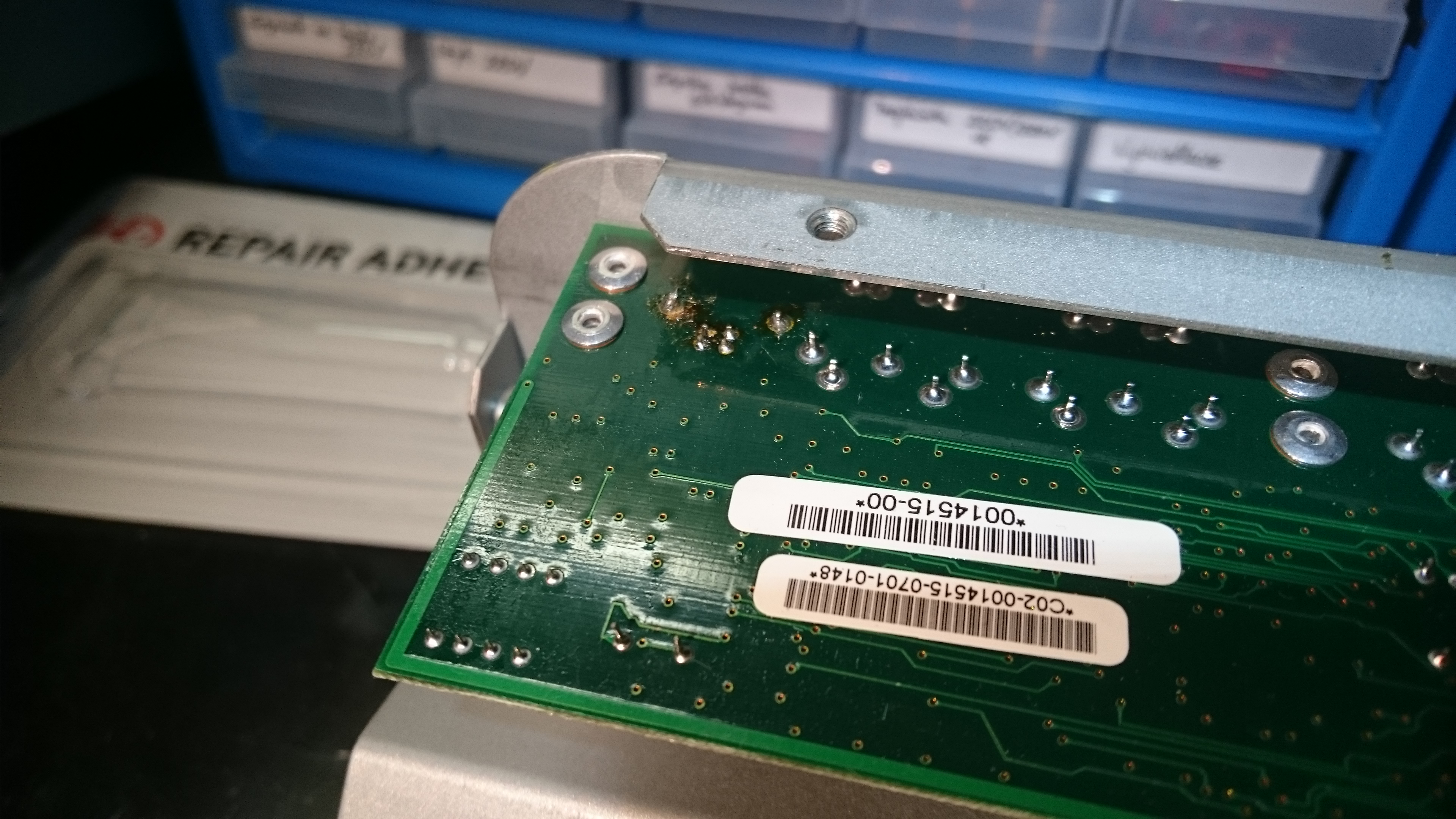 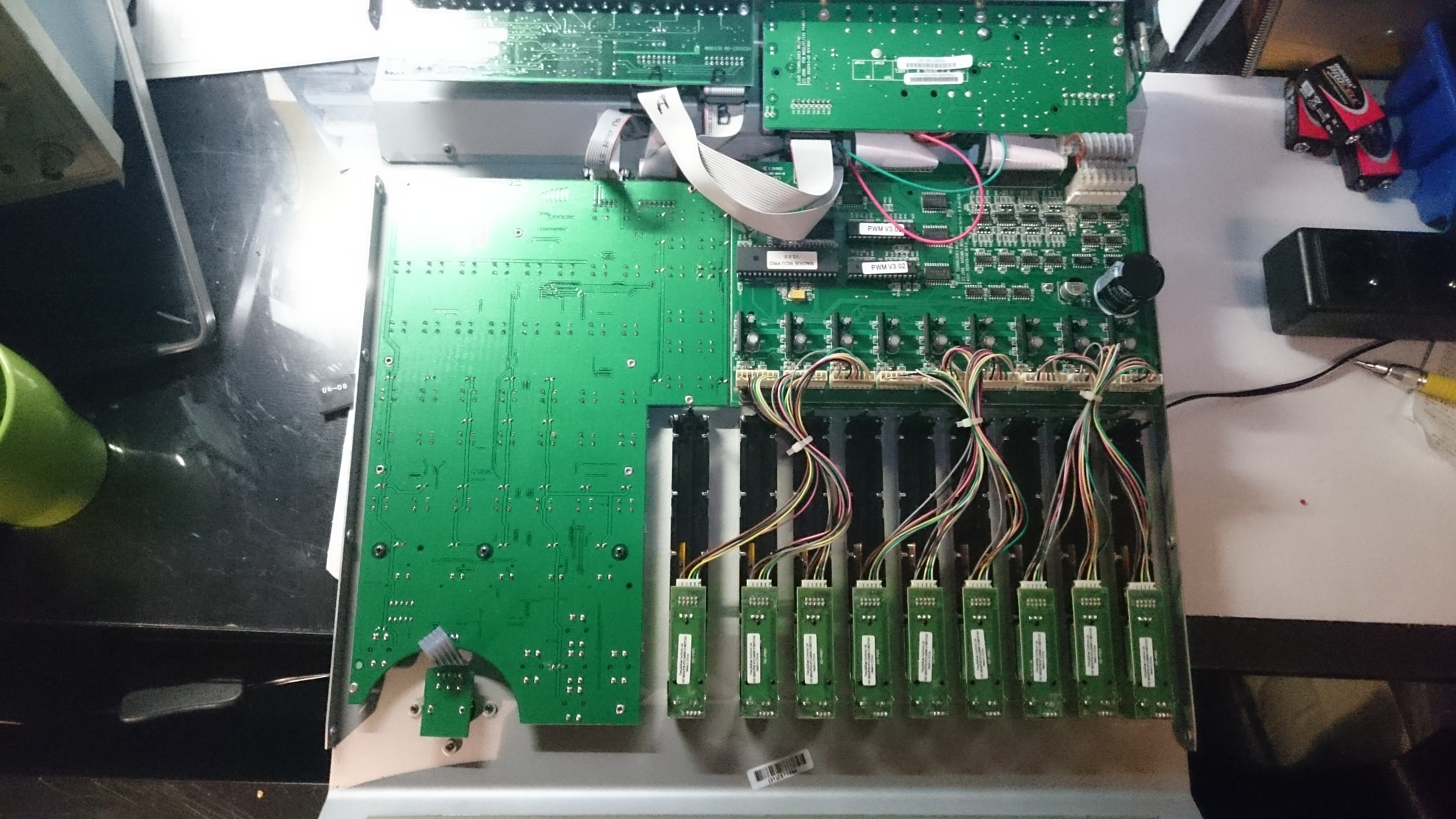