Let’s take a look into a real world that engaged so many parties of the conflict and took so many lives.

I was once asked to analyze a „game-theoric” concept of just a war of attrition idea that appeared once in economics theory in the context of a game theory. I was asked by my tutor to help him explain a complex behavior in administration structures of institution. That spontaneously arise a pressure to defend against decisive bodies just as to oppose to it and to succeed rather  in terms of survival than logical and rational way of functioning within a setting that has been developed to function according to specific values, regulations, procedures etc.

As a „double major” I could not answer easily or if at all for following reasons:

In my opinion wars generally often happen due to mistakes. But not every mistake is an accident. Some mistakes were meant to be mistakes and happened due to provocation of someone else. Or just a play of a bored mind of a dean or whoever. But I am no longer interested in who plays with whom. I have numerous ideas for myself and used short time when also was paid from the state for being talented to publish so many considerations that have accumulated in my mind during studies that I needed that period more for my psychological relief because I share something than need to have a career.

And my case can serve also as an explanation about why wars starts and why pressures and tensions in administrative structures arise. I think misfits, misinterprets, mistakes are terms best to describe such problems and locate them also in some process. An entity has an own process of seeking for sources to make satisfactory living. Same time has a challenge to identity, personality, interests etc. that is more involved in a process of becoming someone. For me this is not so easy to describe like for people from management fields who will call every attempts in terms of a profession as a career. People share their fate with each other on the basis of similar problems, challenges, interests and maybe this is why there is always a little chance to spot entities that play according to a top-down designed scenario. Most of my discoveries from studies assured me that people simply are adaptive by nature.  So perfect public service personalities are rather relics of era when social norms used to be completely different. Now it seems to be that there is no such a thing like rules and some simply say that there are no rules, only tools. So every schematics that is going to be a part of policy, shaping structures of reality governed by the state is going to fail simply by its nature. I only do not understand one thing. That in a society often there exist really huge group of people who need an authoritarian power with leaders more shaped by features called in personality psychology authoritarian personality. Maybe old-fashioned administration require too much of what Theodore Adorno would call authoritarian personality. And no one should forget that this mechanism of functioning in the society was seen as a key factor that has let Nazi ideology to spread before second world war.

To be a designer or manager in terms of big organizations requires rather features of character and fact about person that some could surprise what it actually is. Sometimes this is luck, popularity, charisma and often this has not too much in common with so called intelligence. Intelligence can predict more how fast person will adapt than whether will be a leader.

I see people that focus on big policy as fated simply to face unknown endlessly and always be not effective in every attempts and fruits of every work will be attributed and consumed by someone else. This is what PO establishment showed almost throughout whole time of their time in politics. So without connections such a people also could end on the street. This is simple truth about politicians that people often forget. That their fate is most related to choices of other people so they have no cushion when are going to land after even a great flight. And this is why I always wondered why people want to become a politician. And when I was offered to be a part of Katedra Polityki Gospodarczej I did not believe. This was like an offence for me. And not because of a concrete establishment in that particular school but because of my own beliefs and experience what this experience may going to be for me. I took part even in a funeral of one professor who one year earlier had objections to my thesis in terms „Pawlak is going to do this or that”.  Who said that I have something in common with PSL? This was one of the most ridiculous and cowardly offence during my whole academic career. I even did not feel comfortable when came to funeral of this prof. Kaja a bit more than a year after to Radzymin I think. I scrolled once one of his books about economic policy to realize he used only personal comments to statements of ministers, officials etc. But rarely stemmed from this general considerations and theories. His methodology was called by him a descriptive method. But I am afraid most of his considerations used to be very personal and prejudiced. I was shocked just during first appointment of whole economic policy department when he began a session from reading from a sheet of paper an essay about descriptive methodology and beginning of a crisis in Japan in early 90s. He attributed the main thesis and thereby concluded whole crisis to be blamed one factor for. That managers of Japan companies with an agreement of Japanese government accepted the new practice to allow employee to marry partners not indicated by a boss but married due to love. This was maybe first time I was shocked during my whole life career. I have heard many perverted shit talks, accusations. But I have never heard such an insult against a humankind an especially in the moment when I struggled the most complex internal doubts in my whole personal life so far. I started to realize really a lot about my own mistakes, hostility of people I met in my life so far, sense of trying to make a living in such an environment etc. I believed and still am a bit sure that particularly that moment and I also believe to be carefully selected and targeted against me by prof. Kaja. 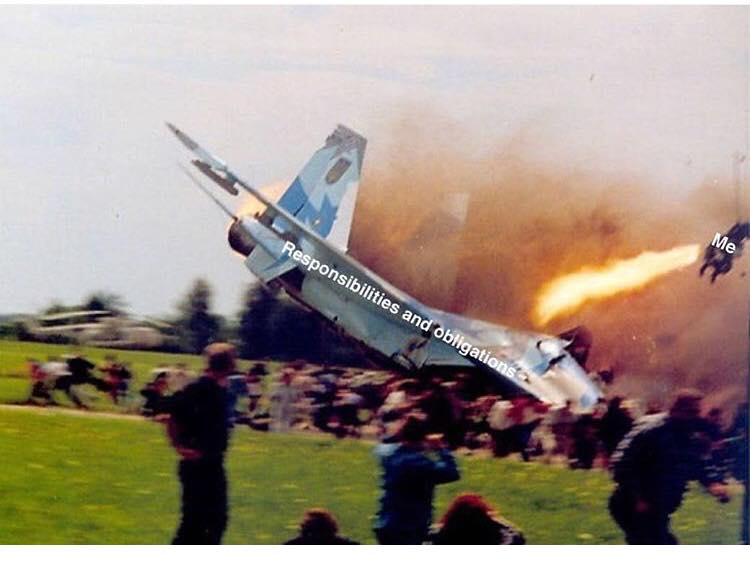 That was the moment that I believed that communist establishment was really ruled by perverted concrete mass with cruel imagination about everything around. With need and sense of control over everything. That speech of professor did not break me. I was regarded as really intellectually strong and hard to defeat. But I realize that such disgusting people should die first. All of them before anything healthy will grow from new natural selection for an establishment of any kind. I think I showed him that time and many times after what I think about him. And he felt something like I have hit him into something weak from his whole life. He feared me that I can look and judge people even personally with my not so guilty yet sight. And he probably became sure that my judgement about his weakness, unhappiness and toxic role in everything what he could do during his academic life. If this was me who shortened his life due to such an explosion of my cruel intentions hearing so many nonsense to me when I was going to be a clinical psychologist soon. And if I did not meet with a similar ignorance and nonsense a few months later when met with an outburst of hate of prof. Trzebiński. I would never believe that such an estabishment really exist. That people who share only a perverted sense of an advantage over other groups of people can share also so many prejudiced beliefs, not proven theories that I realized that it is much better to remain in such a „speechless state” for some time. To see more clearly how it is about other people I may encounter now during my new so called academic period of my life.

I feel lucky that a similar story that lied behind my fate happened to me a several years after as a reprise of a great musical work or a play. Because if I did not meet such a girl I would not know still who I am. My father once landed in hospital due to dissociation and loss of memory when farmers pressured him and wanted to fire from his position in a dairy for thousands stupid reasons. My family may only feel lucky that such a period of such a stupid connections and politics just became a history. And when I was simply fucked into political association due to provocations of old perverted professors like prof. Ostaszewski from SGH or Trzebiński from SWPS maybe I would be someone else today. But luckily have nothing in common with what I have left behind me.