This is a projective psychological technique to visualize aspects of numeorous emotional layers of inner life of a person. We were learning how to use music and drama for releasing repressed emotions and states of psychiatric patients. It was time I befriended Maya T. Syrian-multicultural woman who was a good company for me that time.

Second part was to draw for someone that for some reason occupy our attention. Not necessarily someone positive. And I was experiencing confusion due to a behavior of such a person and realized that she is low self-esteem due to being not fulfilled superstar who wanted stand on mountains no matter having any competence to achieve this goal. Yes. Probably by diminishing me as a person, any possible way, my relationships or my self-esteem. I met in life many abusers. But that from Ukraine was simply the most simplistic. Compared to my doubtful state it was a disaster. Ultimately toxic situation. That I encountered such a person in spring 2012 who started to believe to be important to me. Horrific experience. Sometimes we attract simply rapists and this is why my colleague Maria wrote even her Master Thesis why some of us put on weight just to prevent an abuse, a traumatic experience. For example to avoid it to repeat, happen again to us. It was good idea. But person also a bit delusional. Like many I encountered in my life. 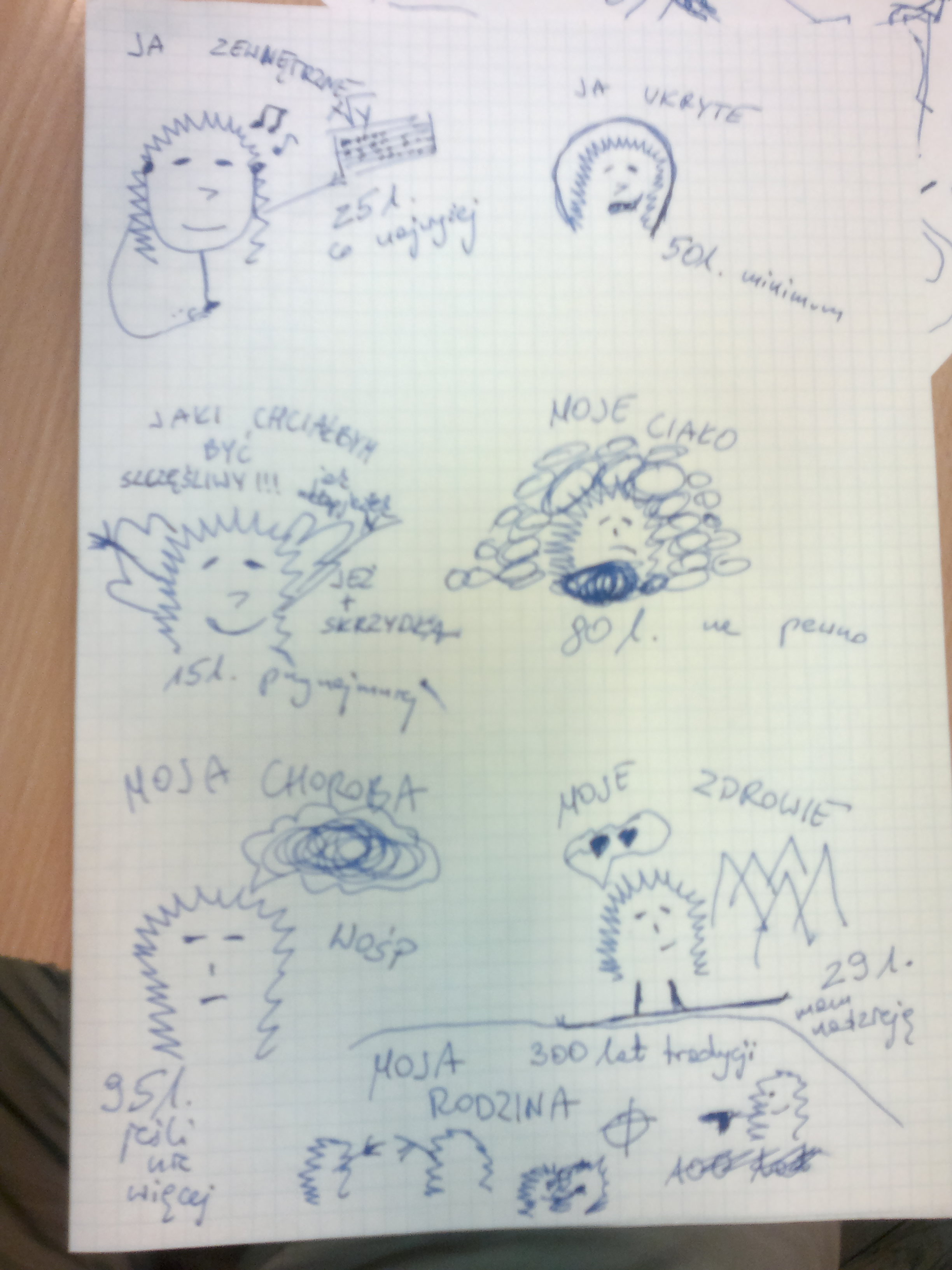 Generally what other people expect from me in my eyes is something that I cannot be expected because this is not how I am. To be emotionally healthy as a psychologist I need to admit many truths to myself. And I am in peace with myself. But roller coaster  of millions of other people who feel just insecure because I do not respond to their expectations is just funny. I am an expert in mental health finally. Not in a fitness of the society in general. Good luck societies. I have no idea how to bring you health, fitness etc. I am not an utopist. I studied a lot. But still have no idea if there is something like common good. If some ideas really exist. I doubt whether they really exist. And even if it is true. I do not know people who really want to bring light into your lives. Rather to cut you into pieces. Shorten your resources. I am not good in deception. I have complex personality and studying psychology only complicated it far more. But it did not make me a public service expert anyway. People who continue to believe that I am the opposite. What I repeatedly deny. Are thrown away from my life and often I wonder if it wasn’t simply their wish. People have sometimes weirdest desires. And weirdest ways to annoy. To continue sharing and spreading lies about you to make you feel devoid of own will, undervalued. Strategic manipulation of most energetically vampirical entities. But not effective anyway. I doubt if spreading hatred, confusion will ever be effective. Hitler wasn’t successful too. So those who just believed that to repeat is just enough. Have the same problem. This is simply so called marketing. Idea popular in business world around the world. But cruel in its roots when we take a look into the history of propaganda. And this is the way it is. But people devoid of moral sense sooner or later land in hospital, prison or die because games of 3rd kind according to E. Berne end this way. You cannot be effective where what you use is a weapon of the worst kind of deception. It is exhausting, challenging. And not effective in a long run. Sorry. But this is the truth.