My defence of Master Thesis in SWPS was just a great mockery from prof. J. Trzebiński, so I wrote an explaination of totally unfair situation to prorektor Teresa Gardocka, profesor of law and a representative of the „university” to the contacts abroad:

Just after that Ms Teresa Gardocka was dismissed from her function.

So I decided that this is last step of my career in Warsaw in general because social network and connections of people in science just appeared to be like a glass ceiling. And then became that mockery on Facebook, email, blackmailing me that I will be sued to a court for anything via Facebook suggestion and everything happened when I was neurologically ill! Trzebiński as a part of his objections against me suggested me to befriend a girl who defended earlier – Maria Szczepaniak. Girl who I hardly know and as she behaved a few times below any standards she was the last person I wanted to know. All that situation caused what happened after. What I expected from that SWPS authority. Now I have nothing to say or to add. I am waiting some people to die just to be satisfied. I still see SWPS as a money laundry institution to scam rich kids. The only reason I decided for that school was that I already studied in one public university that demanded from me a bit more. And an offer of some extensions to a regular program in SWPS was interesting however core was red like a shit communism.

When you seek for connections and intriguing distinguished people into affairs with Russians. Start from SWPS. Prof. Andrzej Eliasz has a honoris causa title to his PhD of Univesity of Lomonosow in Moscow and all behave as if were statues from a war monument. With all the respect to a great Russian chemist who inspired many other great like Lavoisier. Simply, why such people want to look like mafia protected by vague connections of scary times etc. This is just a smokescreen for lack of competence of that people. I recalled in my thesis a few things that can annoy old professors. I recalled so many mistakes that are repeatedly made in social sciences, I questioned sometimes even sense of such considerations to call them social or science that I am sure I annoyed many people. But this is why discussions ever happened everywhere not only in universities. 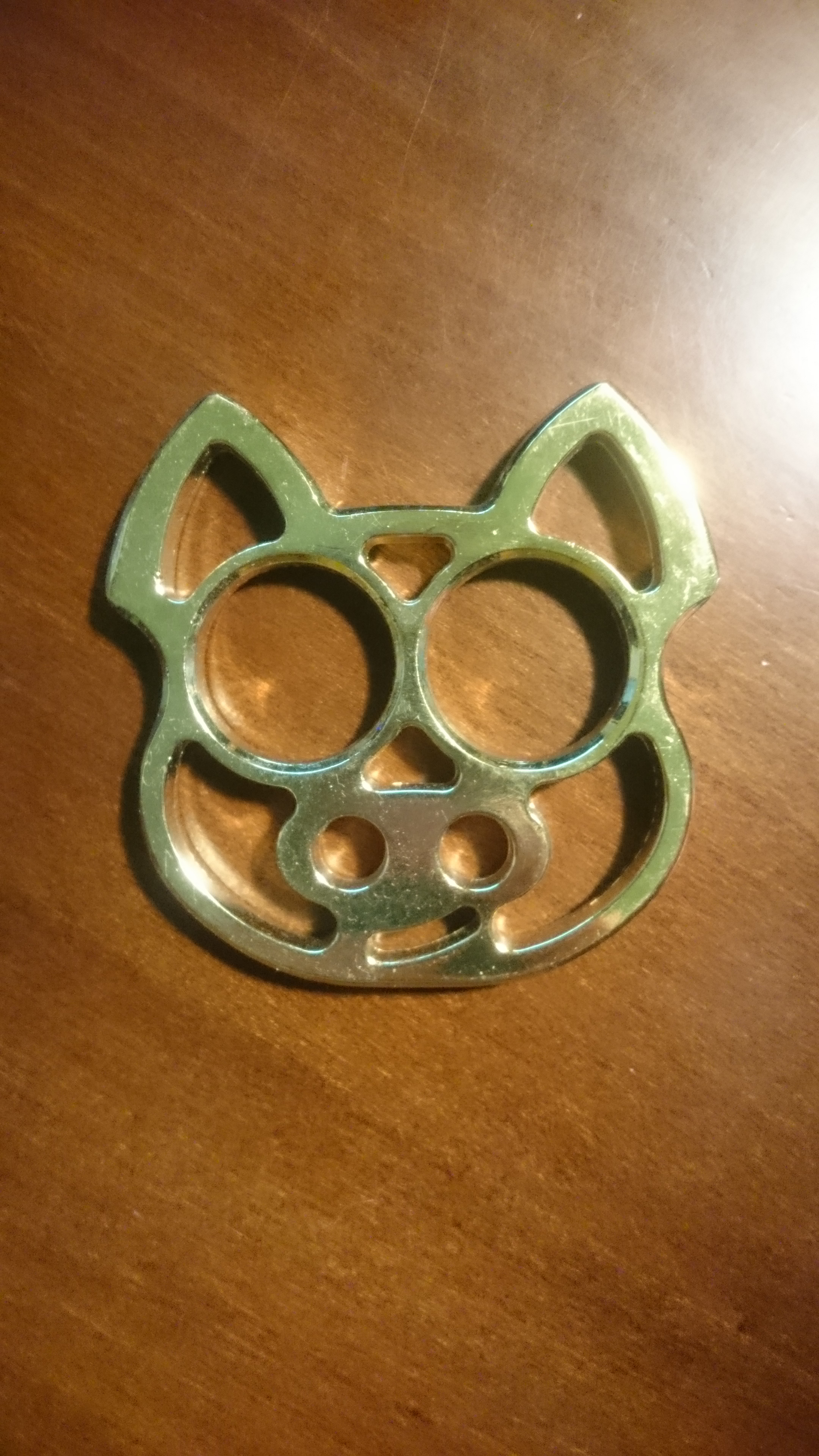 This old pervert Jerzy Trzebiński who when you check in academic databases surveyed in whole life almost exclusively woman! Just could not stand me and that I see everything and his rotten intellectual core distorted by truamatically (maybe) changed primitive impulses that finally made me I realized this is the only person of that sort that I am sure I would use any occasion to use  piggy knuckle duster just for fun.

After my defence dr E. Zdankiewicz-Ścigała shaked my hand and said that I won. They all thought I play a game because I was a doctoral student of economics and that allegedly learned game theory. This is just a short cut of a stupid mind. So look. I repeated that experiment. I wrote about that story also to Agnieszka Turek simply stating who thought what and who accused me to play game and where I actually studied about games but both things did not have anything in common. Agnieszka also connected dots thinking that if I recall to be accused I may feel guilty. And only if may feel guilty, probably I am. Simple. This is how distorted devoid of criticism beliefs arise when you do not test and check reality and judge just by what you can feel from the statement of a person. This is what psychologist have a great advantage over everyone who avoid to use all clues to judge – not only assumptions, words, and just visible emotions and stereotypes that when someone looks like black so probably came from Africa and has already stolen something. So people stop watching Beautiful mind movie and other Hollywood shit and go out from your boxes and cells to a bit of sunshine. Thinking that someone who studies advanced topics in economics is proficiency in game theory is hard to compare to anything. And I had an unique example. Many intelligent people I saw falling under simple allegedly game-theory dilemmas. But. The most proficiency person during my classes about game theory that were too boring for me and sometimes scary how simplified is and developed is what clinical psychologists attribute sometimes to psychopathy or schizophrenia. The most proficiency person I remember from that classes in SGH was old woman, fat and who did not wash herself. And she was from non-stationary group of doctoral students! Who looked a bit like E. Zdankiewicz-Ścigała – a person maybe similar about playing games but however that I learned something from during studies and chose to be my tutor of master thesis for a reason.

Look what we watched in SGH during game theory classes. Isn’t it scary?

And last thing. If I do not reveal something about me this is to call PRIVACY not a GAME. People not in communist countries have something like a privacy. And I recommend CIA to get more deep into SWPS.

In a text about motivation of achievement I was very creative about some redefining basic mathematical relationship expressed in form of equations and proportions. And after that I referred to some stock exchange practices that used to be researched. This essay was unique and I combined knowledge much before any formal course in behavioral studies. I am still an inventor in this field because I am so well educated in both fields what can be seen I all my creativity till today. I find so many fields between those fields that almost all writers I used to read would never guess that such a combination could exist! And this is me. In terms of what I studied. So I am not a psychologist nor economist but just me. This is me.

Finally my degree in psychology was a result of almost 7 years studies so i did not „win” anything! I completed studies with intentional 2 breaks due to education in economics so even if this „dziad” Jerzy Trzebiński wanted to show his power just to impress he could not threat to so many achievements. Such people ruin their own worlds, their own casinos like he ruined a reputation of his university. Due to jealousy, greed, ignorance. And this is why I see academic environments as toxic. Word „dziad” is sometimes translated to English in the  The Economist to „granddad” like J. Kaczyński said to an old man in Warsaw at the beginning of XXI century „spieprzaj dziadu” – it cannot be translated like that – to „granddad”. „Dziad” is a very very offensive that probably English does not cover such a notion… I am afraid that English editors and journalists have least idea how messed up our Polish playground is. 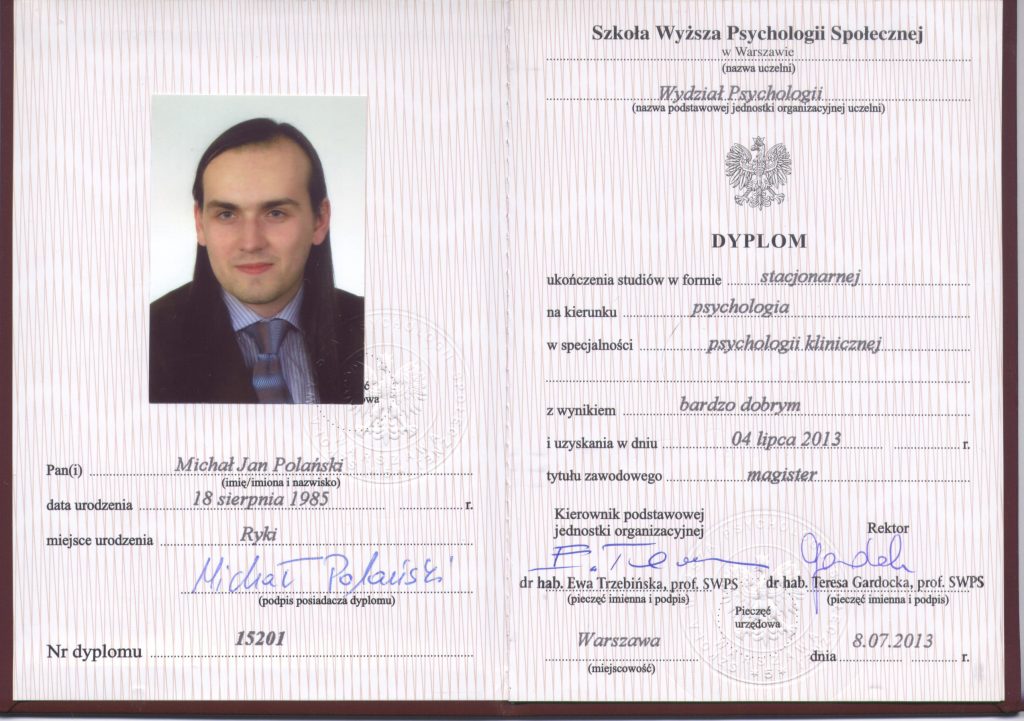 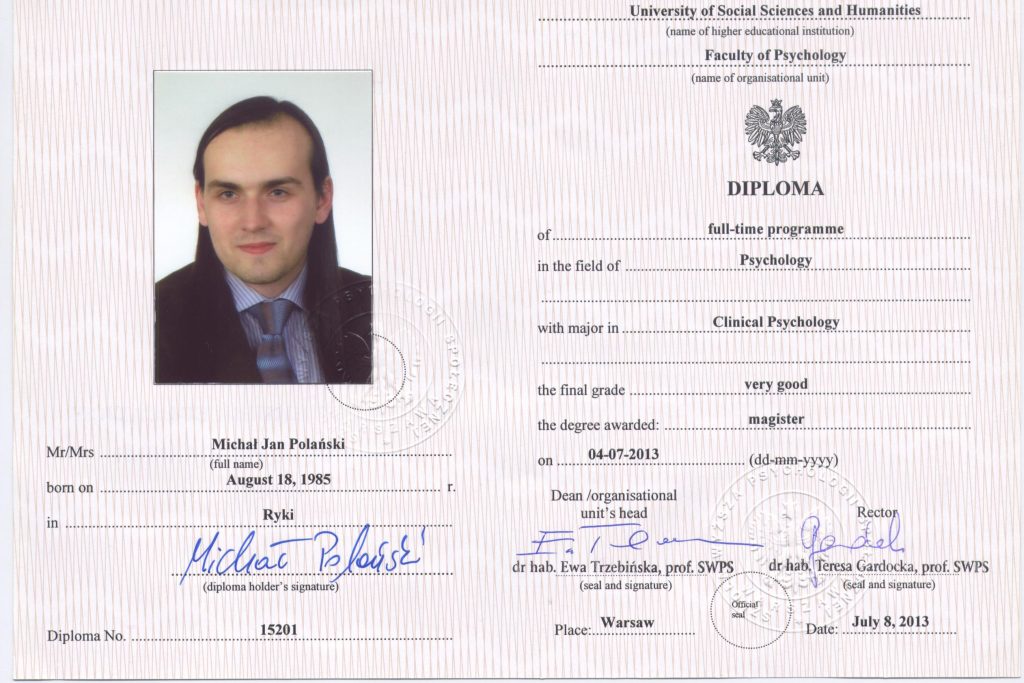 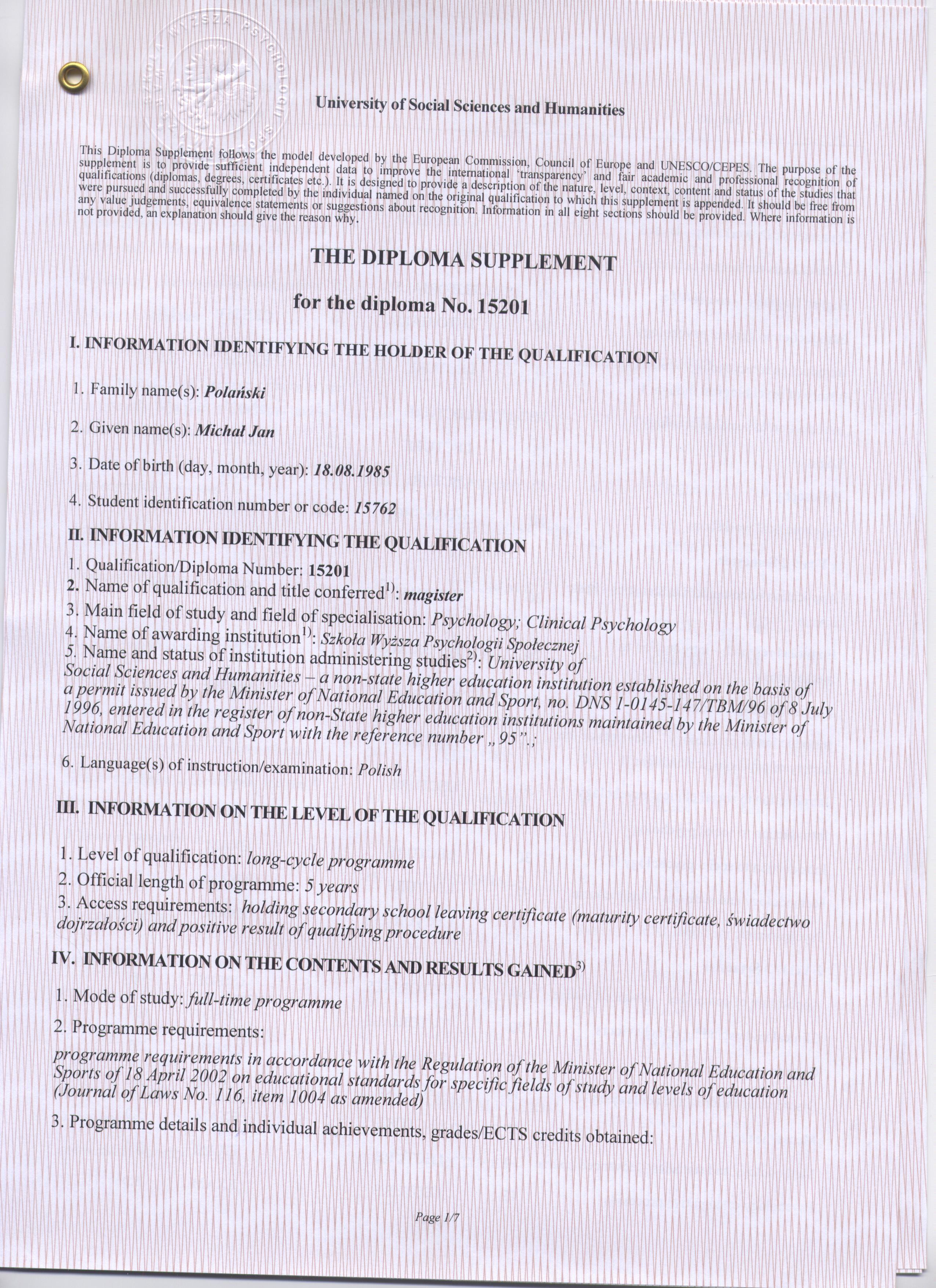 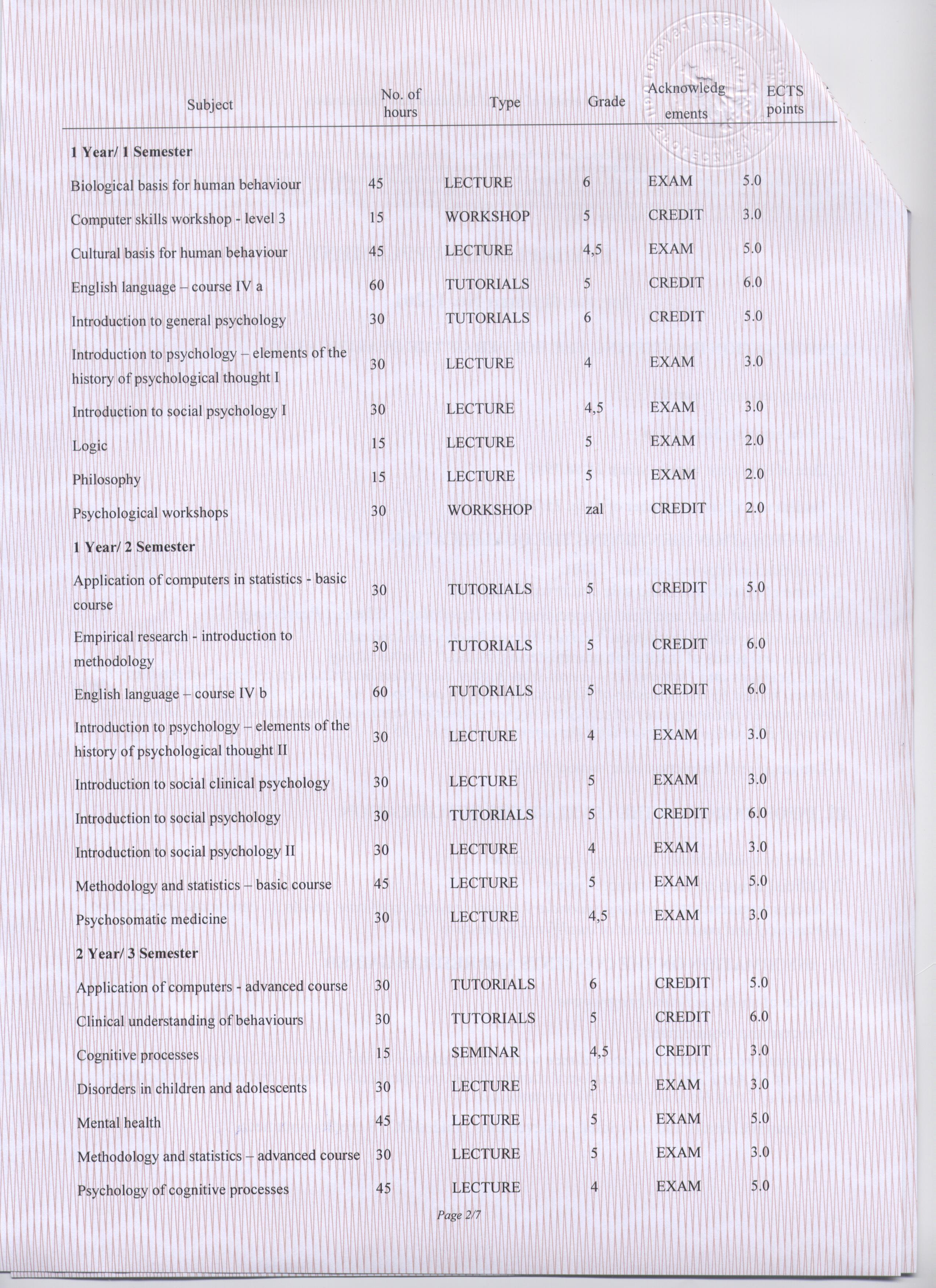 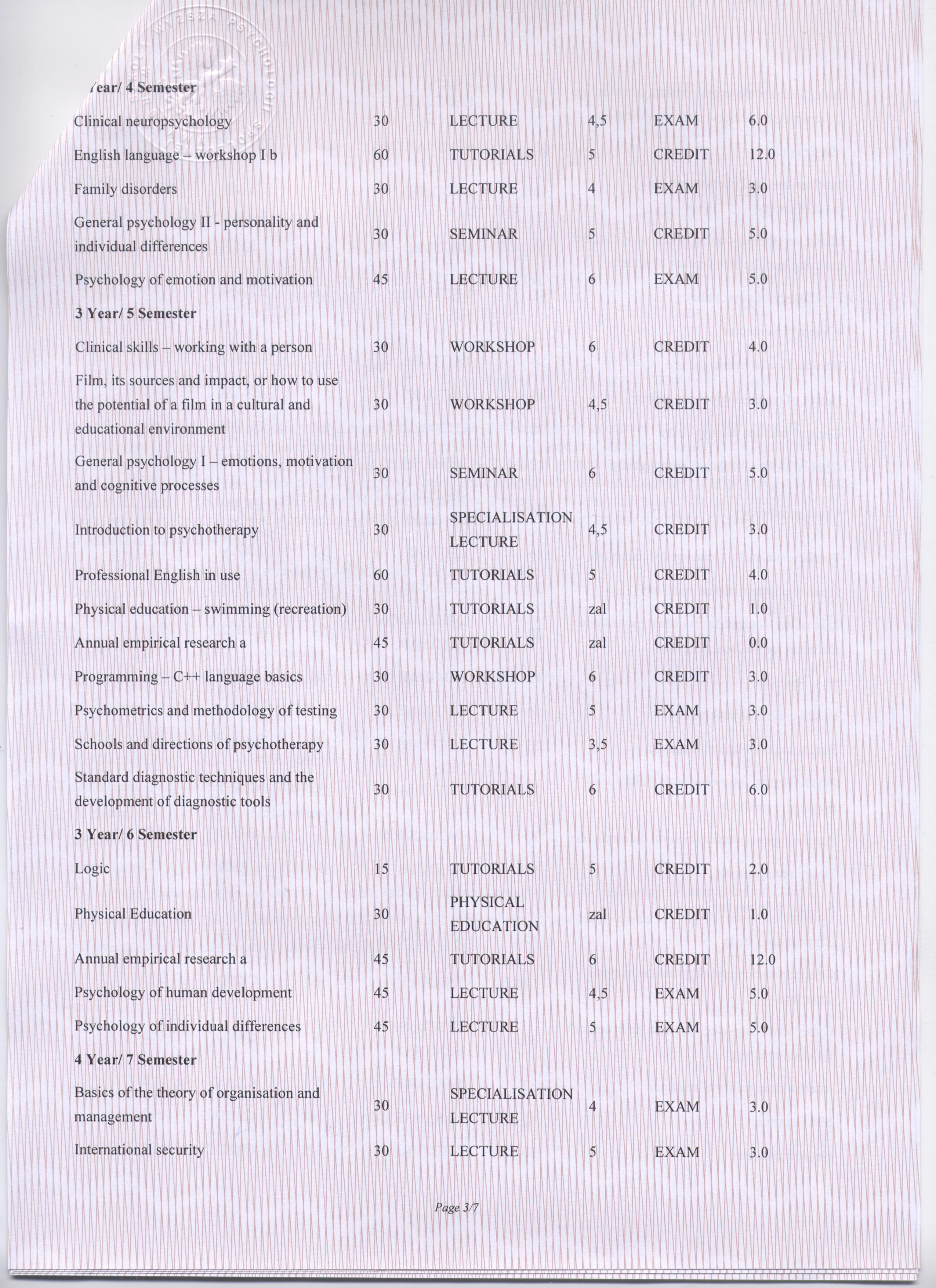 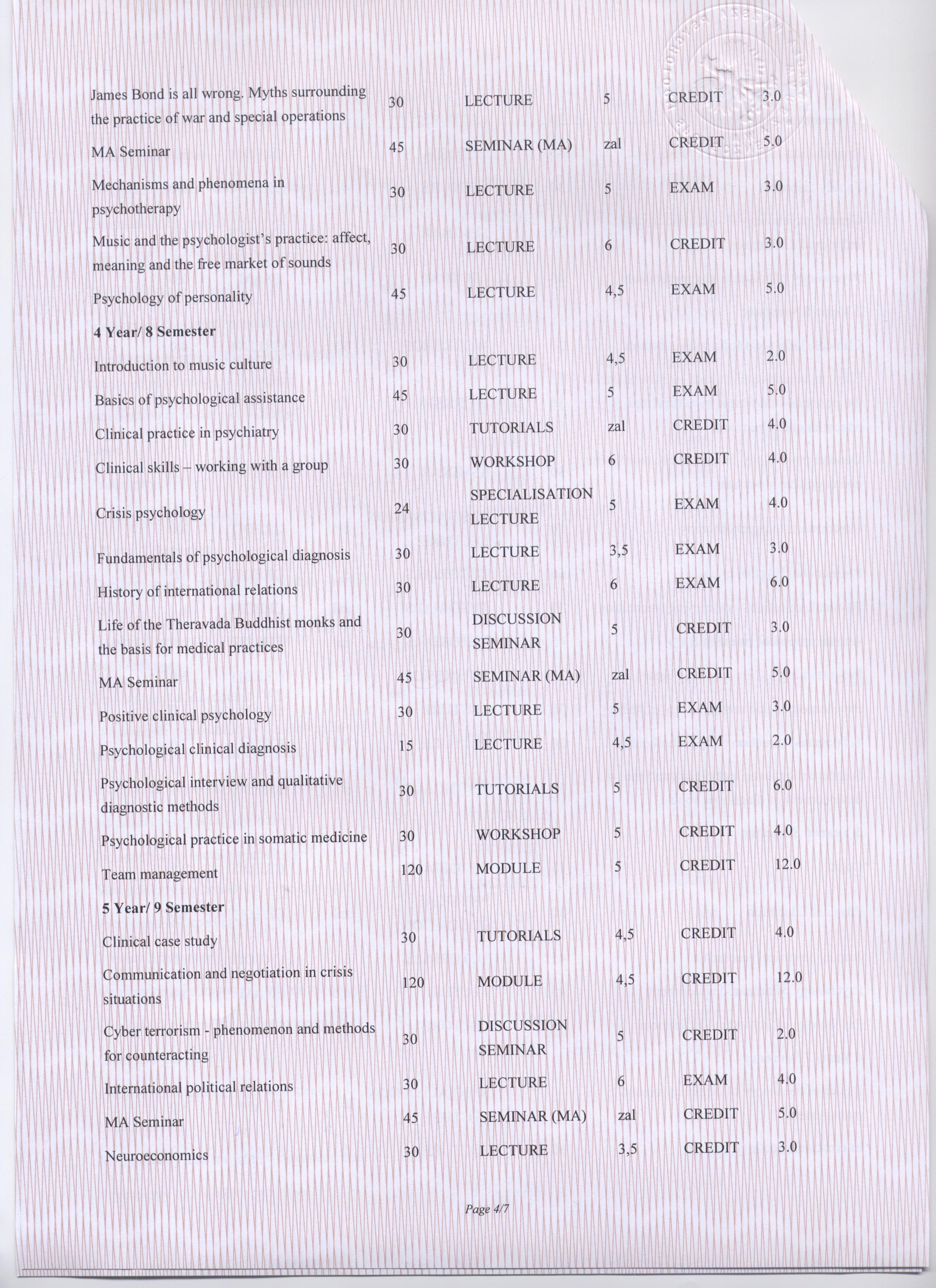 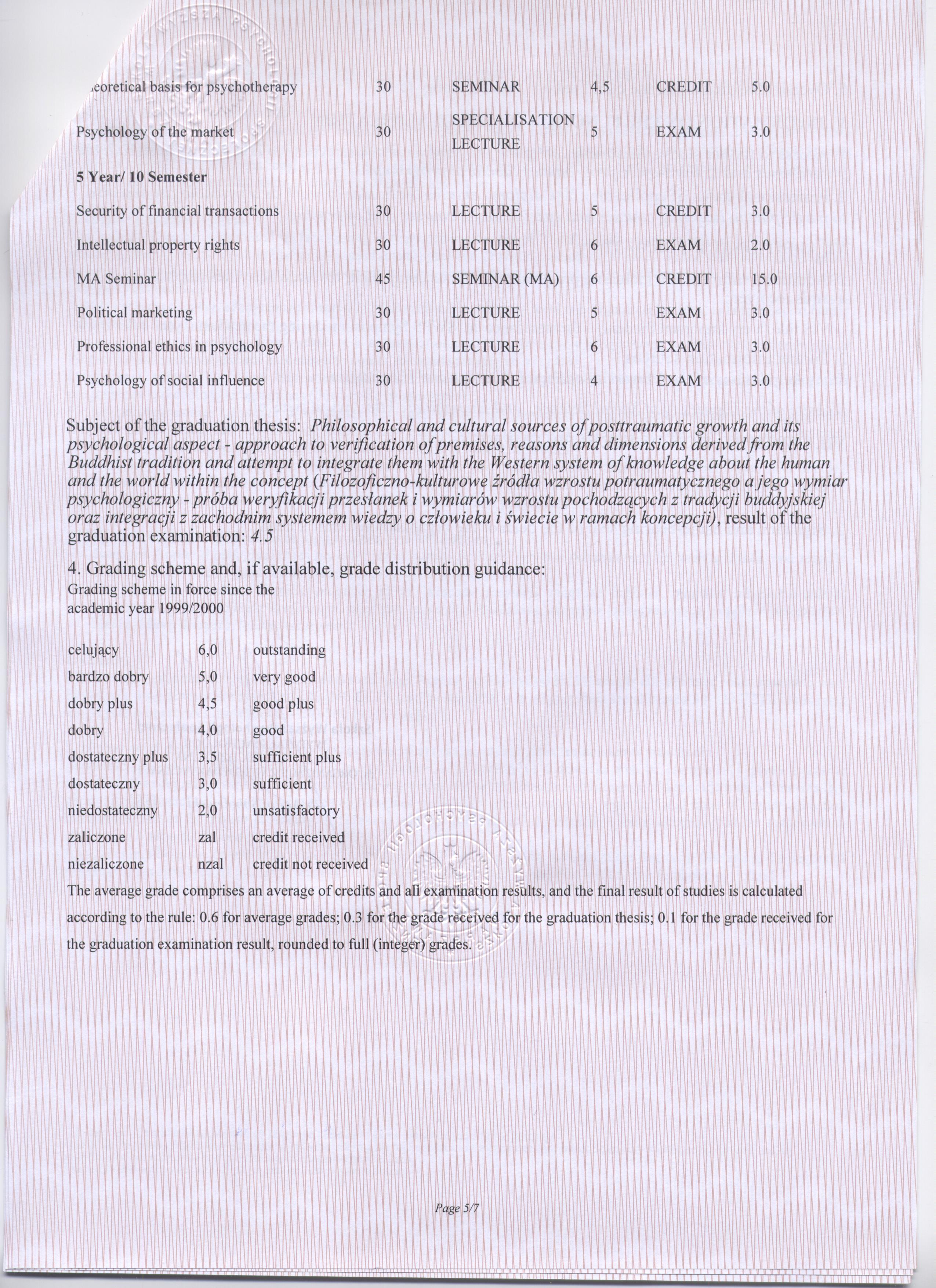 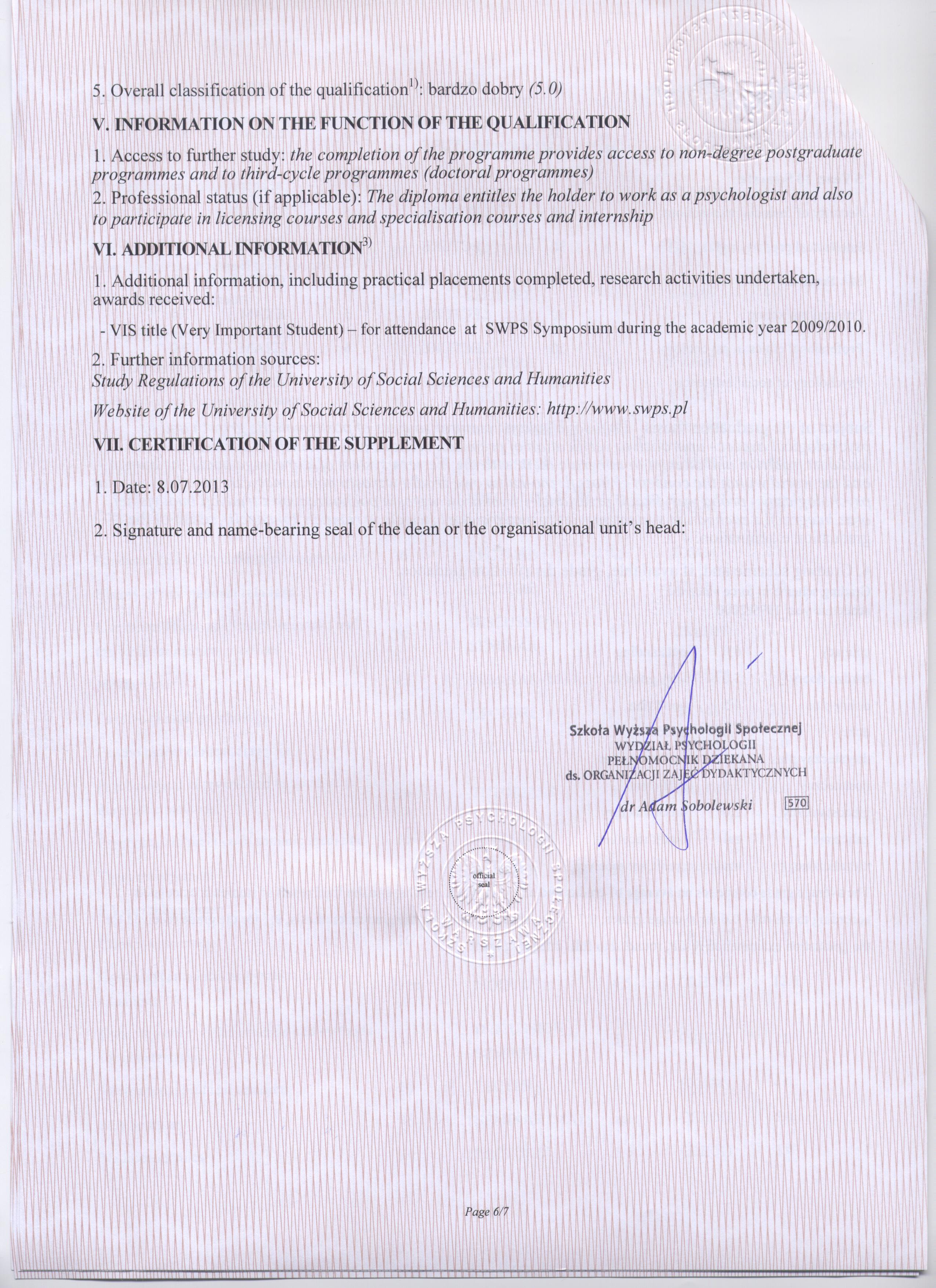 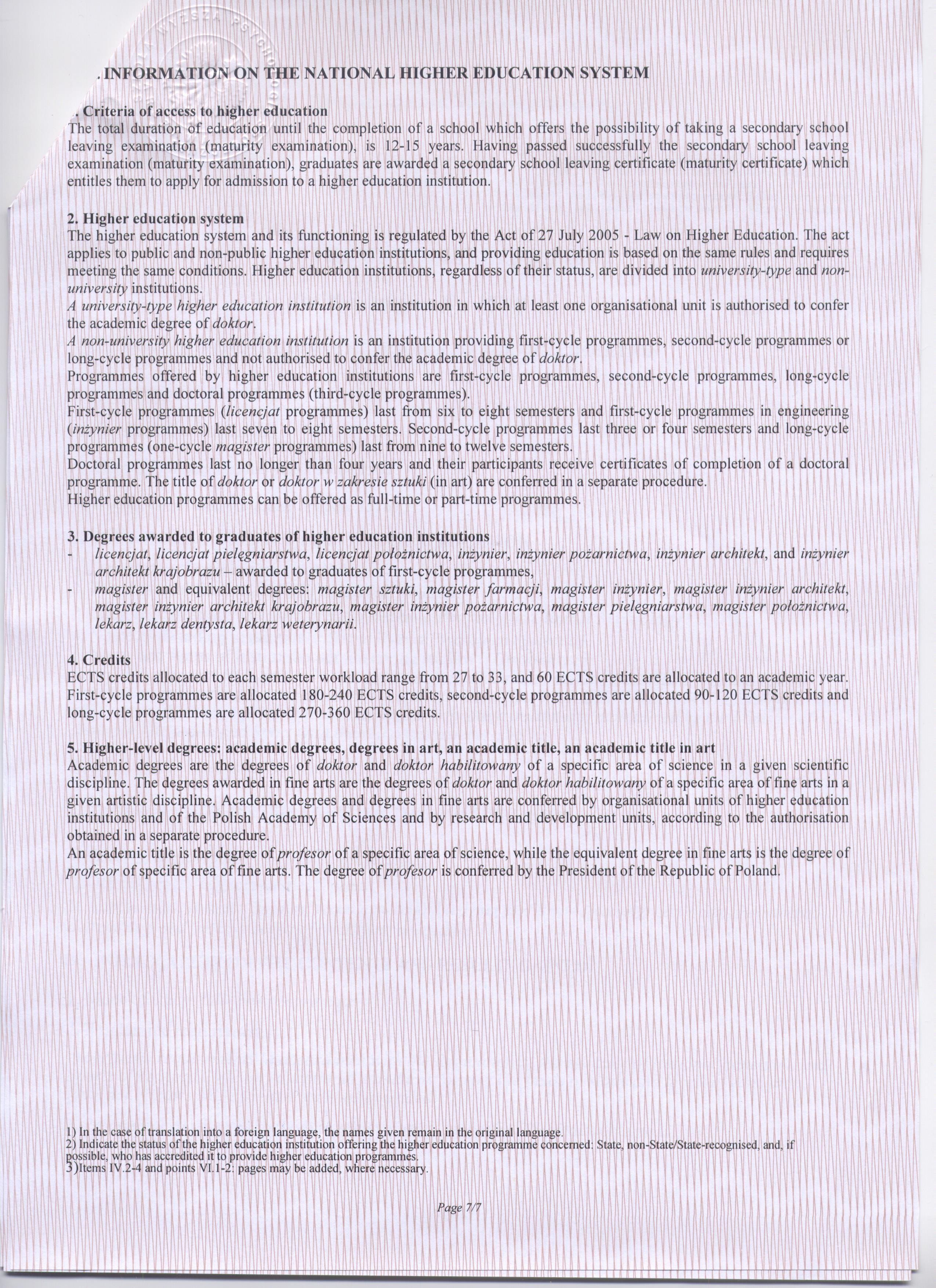