This is a new idea compared to  ideas in electronics that was in times when I was learning electronics for the first time being ca. 12 years old. I first read two books of Dieter Nührmann, school books about physics for Primary School and High School and course in electronics in Pałac Młodzieży in Warsaw in 1998.

I think whole new branch, field o science developed since then and now so called electronics is not what it used to be but concise element of it that refer to small circuits, often integrated circuits. When in 90s electronics was far more broader term. And sciences about electric energy, management of it, building energetic systems and

My uncle from Warsaw studied electric energy fields in polytechnic and was working doing high risk of high voltage measuring in power plants. Using refined technology, techniques and probes designed for really high voltage. Because when he studied ca. in 60s then was no field like electronics. It was electrics, namely electrics like now electrics is associated with electricians this means technical workers without university degree. And apart from it there was telecommunication as another major program. So there was program in electrical energy studies („engergetics” pol. energetyka) often studies as one program with electrics because it was one division in polytechnic university for both. Now in Warsaw even 3 divisions have been reintegrated. But from much broader scope of topics what is a best proof for attempts to make Polish students, PhDs and professionals more diminished, less respected in the world as in fact there is almost no industry of electronics components kind in Poland. What is funny compared to ambitions of Polish they talk about almost all the time! You can buy everything as there is a trade of everything, there are many sellers as Polish people can sell everything like in Turkey, they can also sell their mothers and fathers, brothers and sisters when necessary but no one has an idea about to manufacture whatever in this area. Sad but true.

I never regarded Poland seriously. Since I was interested in computers and electronics I always regarded Czech Republic as a pioneer in technology about these topics that Poland rarely could compete with. I talked with electronics repair serviceman in Warsaw in autumn 2016 and he told me honestly that in Polish magazines about electronics many projects did not work and there was one Czech magazine available in Empik and projects from that periodical were more precise, effective. Much better conceptually designed, explained and after assembly were almost always working compared to sometimes totally messed up schematics from Młody Technik magazine. I did not live that time so I only refer to someone I talked with for more than one hour once in autumn in Warsaw.

Warsaw was always a kind of museum to me. Especially when I traveled to Warsaw to participate in classes about electronics – I could become familiar with many old ideas of so many kinds in electronics that no matter I did not develop my knowledge on the level I wanted because I was just after reading a few books and what instructor was saying was boring to me. I felt guilty that often my sister was lifting me to Warsaw (100 km, then was waiting for me) or other people as I was about 13 years old and I resigned from that course. I know many of participants were after that some winners of contests and had more opportunities when getting to universities – especially polytechnics. But I did not apply as being 18 years old to electronics major program. I applied in polytechnics for production engineering program and to Warsaw School of Economics. I failed during both attempts but for many other reasons. I changed classes often and was running profitable recording studio that I devoted almost whole my life to it then. But finally feeling shame about my education I got the access to study in SGH after service in Studencki Hufiec Pracy. Only a few points I was missing at second attempt a year after but since I started to study finally by the end I proved to be one of the best students, further a lecturer, academic writer and I was even for some time a secretary of one postgraduate program in forecasting but economics became boring to me one day. And I knew I need to change it for good. I almost forgot I wanted just education not superb achievements in what did not interested me as the art for the art. More to learn new skills and gain new insights about economics to support my own ideas and plans and not to get screwed into not my games, often stupid typical Polish treadmill of really stupid people who do not know how to organize many things and I am not going to help them as they are often earning too much for too long, too much derived from the reality, not too much intelligent and it is hard to talk with people who repeat like robot „startup, startsrup, starsru.ru” etc. They do not know what reality they live in. And I cannot help them. Everyone is responsible for themselves in life. And everyone has to use own brain. I had to unscrew from unhealthy environment talking only about the money. I am not rich. But talking about the money and being surrounded by such people also does not make me richer. The opposite. Those energetic vampires drain me easily and I realized one day I have no one to talk with.

I think that main idea often not namely expressed this way is that lumped circuit abstraction, lumped element (parameter) models are limited to those that can be characterized as featured with limited, finite or defined impedance. I mean numerically defined. Measurable, being caught by numbers precisely this means that rows of estimated numbers that refer to such a circuit do not fluctuate but hold some general parameters in steady state like impedance.

And I also recommend a book that covers some issues from that course and lectures of Anant Agarwal that you can find eg. on YouTube. 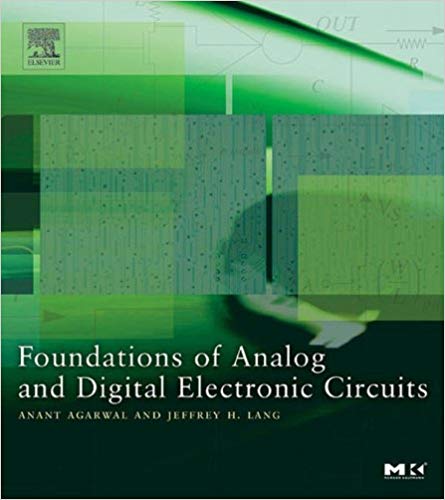 It is surprising that I found whole book in the Internet under link: