For me personally the strangest is timing of calling the police. Why the officer at call center could not perceive that repeatedly calling as kind of joke, testing, mockery or game. If game so the next question is whose game? The kidnapped or the perpetrator? This will remain mysterious. I believe. No matter what further information reveal that till some breakthrough moment it was a game and scenario directed by a girl. She thought that such kind of trap is a serious adventure. But she dehumanized old aggressive lonely man. Underestimated his frustrations and that he can revenge her deadly for that playing with his life, reputation, emotions… I believe that in this case initially he was a victim of her fantasy. But something happened that it turned into deadly final resolution to break the vicious cycle of wicked game of a teenager. Since he was trapped she could believe that the control over this situation is by her side. That they gone beyond the borderline of who will believe whom afterall. Who will believe young 15 full of appetite for life compared to old frustrated mechanic? But I think that she lost control over her mockery. Her mockery of this man was cruel to his integrity, sense of self, to last nervous responses of who he believed he was that time. People like this man may remain realistic, depressed about their real position but the joy of untamed life activity of young socially aggressive or even sociopathic girl was unlimited that time. It was the tragedy of contradictory fate of him and her. The story, lifelines of both impossible to combine. To tangle. It was zero-sum game. Or she will win and mock the last fortress of his agonizing self-esteem or he will defeat that remorseless cruel young psychopath who found an entertainment in trapping old frustrate. I always felt compassion for men like this man. Lonely, old, unstable about what to found his life when time goes by on. Endlessly hesitating and doubting about his further luck in life to continue to survive… And same time lively young girl who unrealisically lived only her cruel fantasies. Ignored the fact that for him survival is deadly struggle of every day. His reputation, neglected hygiene, body, even his posture reveals severely deep depression, lack of purpose and it was impossible for her to understand seriously how he can really feel. So she did not accept him as a human being. I remember from my childhood youngsters mocking old people when I was feeling compassion. This is how I was splashed by Kapusta (who deserves my revenge till his death by the way) when it was my colleagues who were stealing strawberries. I understood aggression of old man and stopped to explain him the situation. He understood that I did not take part in this thievery but was angry enough to punish me for what they did as he believed I warned them. And he tried to catch them insanely speeding with his car through field unpaved road. I saw deadly anger in his eyes. And when he splashed me into cheek I was hearing bells and chimes in my ears. My father of course did not effectively intervene. His wife who was working for cultural local institutions was scared that he can experience heart attack when my father visited their house to discuss why he punished me. And even then was convinced that what he did was right. He felt that I warned them so he splashed me for what I did. I warned them because I was convinced that he can kill them. Seriously. I did not see in my life so angry person. I understand psycho young delinquency, devoid of empathy to old people. And old people who can deadly punish young people who even do not own anything valuable yet on this earth. Two different world. Hard to make some real connections between them. Will never overlap naturally and understand each other. One can deadly mock another and another can kill the one. This is the truth. I claim that have reasoned suspicions that girl had fun and could not realize till the very end that is going to die. He had neighbors. And look when neighbors heard her screaming. Probably long after allegedly kidnapping. I think that the only reason why he may never tell how it really was, what really happened will be:

Finally the man may be not proud of what he did. But may feel convinced like a stone that what he did was justified end of what that girl was asking him for. What emotions repeatedly intentionally wanted to cause.

For me? If she was a kind of witch I try to picture like an empathic impressionist, so she got what she deserved. From the moral point of view to bother and annoy elderly people is completely thoughtless, not justified. It is a sin.

Do not ever look the philosemitic biasaded way. On the other hand if he encountered a philosemitic judge he could be released, never charged with any accuations. His bad luck was that his fate was to come across the antisemitic one. That’s all his bad luck.

Pour moi it is so funny that the Jewish murdered was surprised that was sentenced death in a country lead by Jewish pressure groups, politicians, businessmen and new popular word ‘influencers’. Maybe he suffered from influenza. Was under influence of the devil when he murdered other person. Like Kajetan Poznanski.

Jihad evolves and adjusts to constantly changing trends in marketing but the idea remains steel like the strongest cases of human faith.

I speak in this case only once. With what I am going to say with this blog entry.

I would try to test such hypotheses: 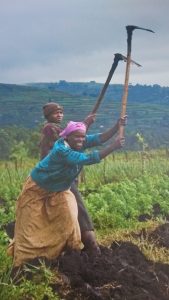 In my opinion there may be a few hypotheses. This woman could be obsessed about dangerous online dating. And could date someone with whom she shared some perverted behavior she expected and tolerated. And she could die in an accident or against her will but to capture a local farmer and charge him is a bit suspicious. First thing is how he could attract her, encourage or seduce to go to so weird place for such a serious figure? Or how he knew that she has walked there by accident, by random ramble and just followed her with accidentally arisen criminal instinct! Unbelievable! Maybe earlier he had another victims? Probably she liked such rambles in such areas. If she was spotted by a dangerous man? Or rather she attracted him? And how she did this. If she asked him to do something to her? It is really namely bizarre story. Biologists are often perverted by nature. Biology as a subject of science requires a scar on a soul of a perversion. There were many books about how biologists carry on their inquiries, research, what is typically involved into their endless appetite for investigations on the edge of some social norms and sanity. Not every experiment is reasoned. And those people curious by nature often experiment with themselves, with their lives, anxieties and sense of incoming threat to learn something about themselves of fulfill sexual fantasies and desires. To charge a local person not explaining how complex background may be behind this story is a typical witch hunt that farmers are tough and under suspicion due to their renowned cruel nature.